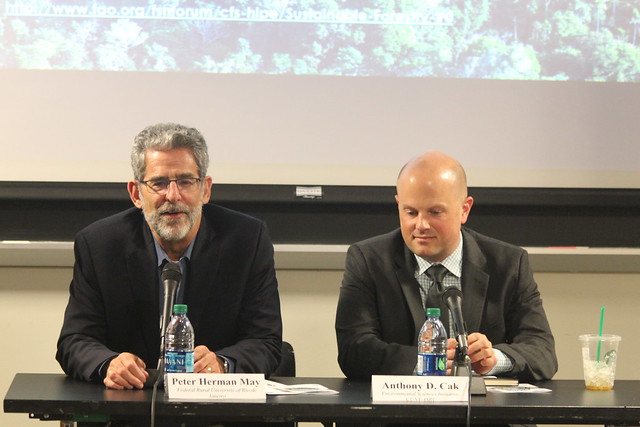 Alternative Claims to Resources of the Amazon Region in Brazil

According to Brazil’s National Indian Foundation (FUNAI), most of the country’s indigenous territories or reserves are situated in the northern and northwestern part of Brazil known as Amazônia Legal – the North (or Amazon) and far Center-West. These regions comprise three distinctive ecological systems: rainforest, Cerrado, and Pantanal.
Different groups have made and continue to make claims to resources in the Amazon region: seringueiros (rubber tappers); ribeirinhos (river people); indigenous peoples; loggers; miners; small settlers; cattle ranches; land grabbing speculators/developers (including grileiros); other land operators; and builders of hydroelectric plants. Large soy/grain producers and traders (agribusiness) have been making new claims on land and mass transportation (roads, railroads, ports, and waterways).
Claims from these social groups have led to rather different policy orientations: one set focuses on development and another on ecological impact.
These differences not infrequently result in open conflict. For example, a recent special report by O Estado de S. Paulo (“Terra Bruta”) found 482 locations (in 143 municípios) of conflict and violence resulting in 1,309 deaths (mostly peasants and “Indians”) in the last two decades.

Anthony D. Cak (Ph.D., Indiana University) is the Associate Director of the Environmental Sciences Initiative at the CUNY Advanced Science Research Center. His dissertation focused on the impacts of deforestation and urban development on the water chemistry of small streams in the Brazilian Amazon, in and near the city of Altamira in the state of Pará. Dr. Cak’s research interests include ecosystem ecology, stream and river ecology, geospatial technology, data visualizations, and science policy and communication. His work involves overseeing the operations and management of the Initiative, including management of laboratory facilities and work to build and foster research collaborations across CUNY.
Prior to joining the ASRC, Dr. Cak was a Program Analyst in the Integrative Organismal Systems Division of the Biological Sciences Directorate of the National Science Foundation, and before that, a Program Specialist in the Emerging Frontiers Division of the Biological Sciences Directorate of the National Science Foundation. 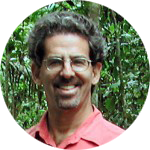 Peter Herman May (Ph.D., Cornell University) is Full Professor in the Graduate Program in Social Sciences in Development, Agriculture and Society at the Federal Rural University of Rio de Janeiro and researcher at the National Institute of Science and Technology in Public Policies for Development Strategies. He also acts as Professor at the Graduate Program in Public Policies, Strategies and Development and as Collaborating Professor in the Professional Master’s Program in Sustainable Development Practice. He is currently President of the Brazilian Society for Ecological Economics, and was President of the International Society for Ecological Economics as well as Deputy Director of OSCIP Friends of the Earth-Brazilian Amazon. He was appointed to represent Brazil in the Intergovernmental Platform for Biodiversity and Ecosystem Services, and he serves as a member of the International Advisory Board of the Economics of Ecosystems and Biodiversity. He has experience in the area of Economics and Natural Resource Policy, acting on the following topics: biodiversity and ecosystem services, reduction of deforestation and forest degradation emissions, clean development, agricultural trade and the environment, sustainability indicators, agroecology and sustainable forest management, watershed management and agroforestry systems.