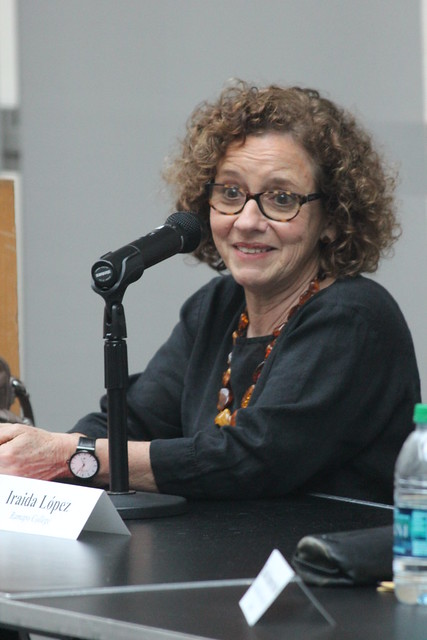 Insular Representations: The Return of the Exile
Iraida López, Ramapo College
In the late 1970s, Cuban exiles began to visit the island after a long hiatus, and would soon thereafter appear as characters in films, literature, and music produced on the island. This presentation will trace how émigrés have been represented over time, focusing on key moments of a continuously evolving representation. In particular, it will address the challenges posed by the hyphenated identities of the sons and daughters of exile, the so-called one-and-a-half generation. Many from this cohort went back to Cuba, seeking to renew their connection to kinship and the nation. While some succeeded in doing so, many works, including Humberto Solás’s film “Miel para Ochún” and Alberto Pedro Torriente’s play “Weekend en Bahía”, suggest that the process on which they embarked made multifaceted demands on the returnees.

Guillermo Cabrera Infante’s Ecological Writings or Returning to Havana through the Word
Claudia Hammerschmidt, Friedrich-Schiller-Universität Jena, Germany
This presentation explores the theme of impossible return as the obsession and final target of Guillermo Cabrera Infante’s writings. Given the impediment of returning to his homeland, Cabrera Infante’s works replace his physical return, reinvent Havana and the author through “ecological” writing, and revolve incessantly around the lack that is the origin and end result of his books. Thus, his literature constitutes an aesthetic of absence that exorcises the ghosts of the past and resurrects them at the same time.

Claudia Hammerschmidt’s talk will be in Spanish

Iraida H. López collaborated with Ena Lucía Portela in the annotated editions of the anthology El viejo, el asesino, yo y otros cuentos (2009) and Portela’s novel Cien botellas en una pared (2010). The recipient of a Best Dissertation and Research Award of the Latin American Studies Association’s Latino Studies Section and of the Victoria Urbano’s Award of the Asociación Internacional de Literatura y Cultura Femenina Hispánicas, Iraida is the author of La autobiografía hispana contemporánea en los Estados Unidos: a través del caleidoscopio (2001) and a contributor to several volumes devoted to Cuban American literature and culture. She is a professor of Spanish and Hispanic literatures as well as Latino/a and Latin American Studies at Ramapo College of New Jersey. 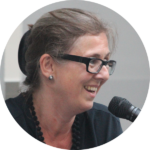 Claudia Hammerschmidt earned her Ph.D. in Hispanic Philology at Cologne University. Since 2011 she is a professor at Friedrich Schiller University in Jena, Germany. Among her publications are a book on Guillermo Cabrera Infante, a monograph on “authorship as incision” in writers such as Proust, articles on intertextual elements in Cortázar, Llamazares, Almodóvar or Raúl Ruiz, and problems of authorship in Darío, Marechal and Donoso, as well as essays on narratology and on self-fiction in Houllebecq. Her most significant books are “Mi genio es un enano llamado Walter Ego”: Estrategias de autoría en Guillermo Cabrera Infante (2014) and Autorschaft als Zäsur. Vom Agon zwischen Autor und Text bei d’Urfé, Rousseau und Proust (2010). Additionally, she has co-edited four books on Latin American and Spanish literature.