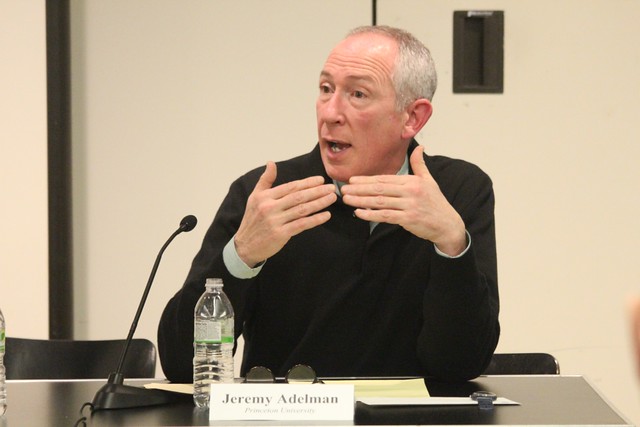 Albert Hirschman was truly a major voice in framing the modern discussion of development and social change in the second part of the twentieth century. Several of his most influential works drew from primary research on Latin America, including The Strategy of Economic Development and Journeys Toward Progress. Often traveling with his wife, Sarah Hirschman, he visited most countries in the region, including a few years in Colombia in the early 1950’s, and developed deep and lasting friendships with Latin American intellectuals and policy-makers.

Born in Berlin in 1915, Albert O. Hirschman grew up during the Weimar era and fled Germany when the Nazis seized power in 1933. Amid hardship and personal tragedy, he volunteered to fight against the fascists in Spain and helped many of Europe’s leading artists and intellectuals escape to America after France fell to Hitler. His intellectual career led him to Paris, London, and Trieste, and to academic appointments at Columbia, Harvard, and the Institute for Advanced Study in Princeton. He was an influential adviser to governments in the United States, Latin America, and Europe, as well as major foundations and the World Bank. He studied Latin America and addressed fundamental issues about development and social change in the region. Along the way, he wrote some of the most innovative and important books in economics, the social sciences, and the history of ideas. Throughout, he remained committed to his belief that reform is possible, even in the darkest of times. See below for list of publications. 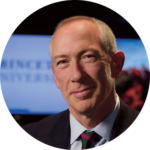 Jeremy Adelman studies the history of Latin America in comparative and world contexts. Worldly Philosopher is the first major account of Hirschman’s remarkable life, and a tale of the twentieth century and Latin America as seen through the story of an astute and passionate observer. After graduating from the University of Toronto, he earned a master’s degree in economic history at the London School of Economics (1985) and completed a doctorate in modern history at Oxford University (1989). He has been teaching at Princeton since 1992. The recipient of the Guggenheim Memorial Foundation Fellowship and the ACLS Frederick Burkhardt Fellowship, he was the chair of the History Department for four years and occupies the Walter Samuel Carpenter III Professor in Spanish Civilization and Culture. At present, he is the Director of the Council for International Teaching and Research at Princeton University. See below for publications.

Publications by Albert Hirschman: National Power and the Structure of Foreign Trade (1945), Colombia; Highlights of a Developing Economy (1955), The Strategy of Economic Development (1958), Latin American Issues; Essays and Comments (1961), Journeys Toward Progress: Studies of Economic Policy-Making in Latin America (1963), Development Projects Observed (1967), Exit, Voice, and Loyalty: Responses to Decline in Firms, Organizations, and States (1970), A Bias for Hope: Essays on Development and Latin America (1971), The Passions and the Interests: Political Arguments for Capitalism Before Its Triumph (1977), National Power and the Structure of Foreign Trade (1980), Essays in Trespassing: Economics to Politics and Beyond (1981), Shifting Involvements: Private Interest and Public Action (1982), Getting Ahead Collectively: Grassroots Experiences in Latin America (1984), Rival Views of Market Society and Other Recent Essays (1986), The Rhetoric of Reaction: Perversity, Futility, Jeopardy (1991), A Propensity to Self-Subversion (1985), Crossing Boundaries: Selected Writings (1998).

Publications by Jeremy Adelman: Worldly Philosopher: The Odyssey of Albert O. Hirschman (2013), Frontier Development: Land, Labour, and Capital on the Wheatlands of Argentina and Canada (1994), Republic of Capital: Buenos Aires and the Legal Transformation of the New World (1999), and Sovereignty and Revolution in the Iberian Atlantic (2006). Professor Adelman is the editor of The Essential Hirschman (2013) and coauthor of Worlds Together, Worlds Apart (2008), a history of the world from the beginning of humankind. He is currently working on two books. The first studies the history of Latin America since 1492, analyzing the ways in which the region was a human laboratory for global change from the moment of European-American contact to the present. The second explores how intellectuals grappled with social crises over the past century