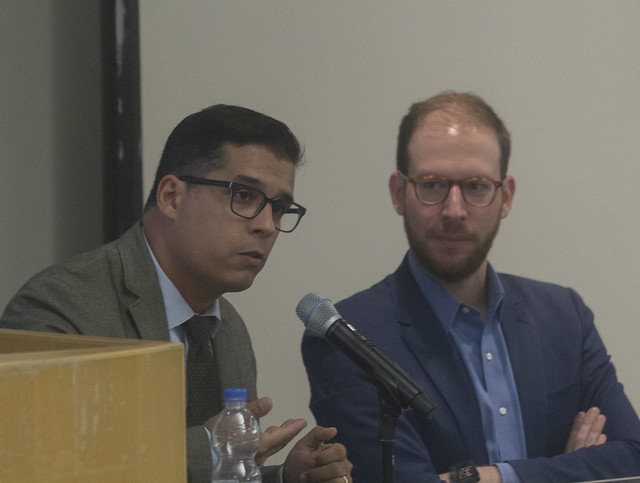 Roberto Simon is the senior director for policy at Americas Society/Council of the Americas and the politics editor for Americas Quarterly. Previously, Simon served as the lead Latin America analyst at FTI Consulting’s Geopolitical Intelligence practice. He also worked for almost 10 years as a journalist at O Estado de S. Paulo, covering political crises, elections, natural disasters, and conflicts throughout Latin America and in the Middle East. He was a public policy fellow at the Wilson Center in Washington, DC and is currently working on a book about Brazil’s involvement in Chile’s 1973 coup. Simon has a master’s in public policy from Harvard Kennedy School of Government, where he was a Jorge Paulo Lemann fellow, and a master’s in international relations from the University of the State of Sao Paulo (UNESP).

Paulo Vieira da Cunha is a Partner and Head of Research at Tandem Global Markets’ Emerging Markets Fund. In 2008, he completed a two-year appointment as Deputy Governor at the Central Bank of Brazil, where he was also a member of the Bank’s Policy Committee. Earlier he held senior positions in the government of the State of São Paulo. He was a researcher at IPEA in Rio de Janeiro where he edited Pesquisa e Planejamento Econômico, and at CEBRAP in São Paulo, in addition to holding the post of Associate Professor of Economics at the Federal University of Rio de Janeiro. In addition to his writings for the market, he has over 50 publications in areas of labour economics, the economics of inflation and macroeconomics in general.