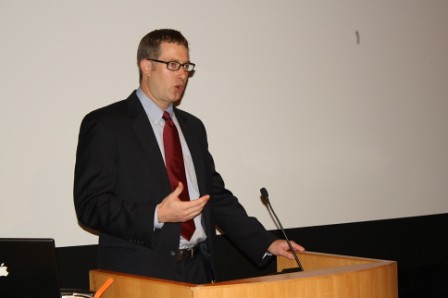 Daniel P. Erikson was appointed senior advisor for policy in the Bureau of Western Hemisphere Affairs at the U.S. Department of State on June 7, 2010, where he advises the assistant secretary on issues related to policy and strategy, economic engagement, and multilateral affairs. Erikson’s responsibilities include advancing the Bureau’s priorities through strategic messaging and communication, developing deliverables for White House initiatives – including the President’s March 2011 trip to Latin America and the Summit of the Americas process – and managing sub-regional consultations on Latin America with global partners such as China, the European Union, Israel, Korea, and Spain. Erikson previously served as senior associate for U.S. policy and director of Caribbean programs at the Inter-American Dialogue, the Washington, D.C.-based think tank. Erikson has published more than sixty articles, numerous book chapters, and is the author of The Cuba Wars: Fidel Castro, the United States, and the Next Revolution, which won ForeWord Magazine’s 2008 Book of the Year Award for political science. Erikson has taught Latin American politics at Johns Hopkins’ School of Advanced International Studies and his past positions include research associate at Harvard Business School and Fulbright-Garcia Robles fellow in U.S.-Mexican business relations. He earned a Masters in Public Policy as a Dean’s Fellow at Harvard’s Kennedy School of Government and a BA from Brown University. He is a term member of the Council on Foreign Relations.