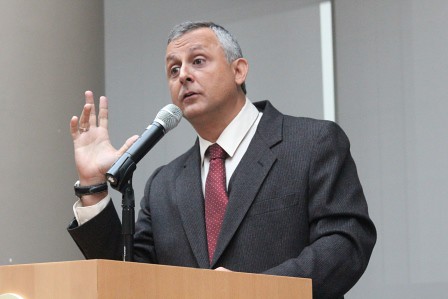 Since its founding in 2005, the Catholic magazine Espacio Laical has provided a widely read channel for critical reflection on Cuban reality and national reconciliation. Published online under the auspices of Catholic Church in Havana, it has included Cuban academics from the island and outside. These authors offered diverse views on the political, social, economic and cultural challenges faced by Cuban society. Current and past issues can be found in www.espaciolaical.org.

Roberto Veiga González received his Law degree from the University of Havana. Currently he serves as editor of the catholic magazine Espacio Laical as well as Professor at Seminario San Carlos y San Ambrosio in Havana, and national vice-coordinator of the Unión Católica de Prensa in Cuba. He is affiliated with the Commission of Peace and Justice in the Archdiocese in Havana. In addition, he is the official notary of the Tribunal Eclesiástico. Veiga González is author of numerous publications and articles regarding social and political affairs in Cuba.