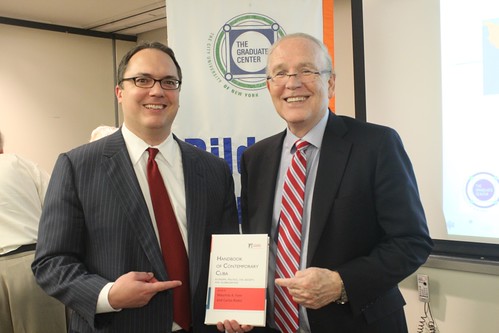 To celebrate the publication of the Handbook of Contemporary Cuba: Economy, Politics, Civil Society, and Globalization (Paradigm Press, 2013), this panel features updates on four of the essays included in this handbook. They explore perspectives on economic transformation and civil society formation: religious media, Afro-Cuban artistic production, the agricultural sector, and the evolution of the Cuban socialist economy. How does the religious media since the 1990s impact on public opinions and the growing role of the Catholic Church? What is the comparable role for Afro-Cuban religious and cultural expression? How do Afro-Cuban religious traditions affect the formation of Cuban civil society? While the agricultural sector has been targeted as a vehicle of transformation in Cuba’s gradual transition to market socialism, what are the policies seeking to improve agricultural output and how successful have they been? The last discussion explore patterns of continuity and change in Cuba’s search for a more efficient and modern economy.