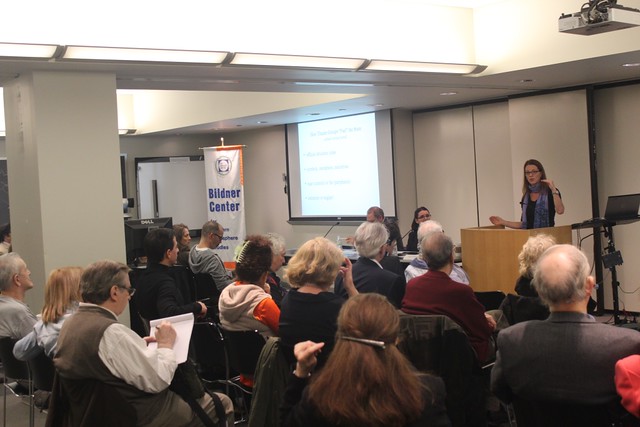 Performing Arts and the Politics of National Culture
Laurie Frederik, University of Maryland

Performing Arts and the Politics of National Culture
Laurie Frederik will examine the relationship of performing artists and State in the development of national identity in contemporary Cuba. She will discuss the role of teatristas who are given a significant place in both the cultural and political spheres, but whose cultural product is not commercially profitable for the tourist industry. Professional theater troupes travel through the Escambray Mountain region and rural Guantanamo on official assignment to “cultivate” residents and community culture workers. There is a fine line between creativity and compliance that these artists attempt to maintain, but also challenge.

Laurie Frederik is Associate Professor of Performance Studies and Anthropology at the University of Maryland. She is the author of Trumpets in the Mountains: Theater and the Politics of National Culture in Cuba (2012), which is based on over a decade of ethnographic research in Cuba. Her articles have been published in The Special Period: Cuban Culture and Ideology in the 1990’s (2009), The Drama Review, Journal of Latin American Anthropology, Gestos, and Conjunto.

Yuneikys Villalonga joined the curatorial team of Lehman College Art Gallery in 2011. Graduated from University of Havana, School of Arts and Letters, she served as curator at The Ludwig Foundation of Cuba (1999-2003), and Habana Cultura, a platform for contemporary art sponsored by Habana Club International. As a freelance curator, Villalonga organized a series of Invisible Curatorships in Havana, and collaborative projects at Havana Biennial, Tirana Biennial, Glasgow International Festival, and museums and universities in Sweden and England.