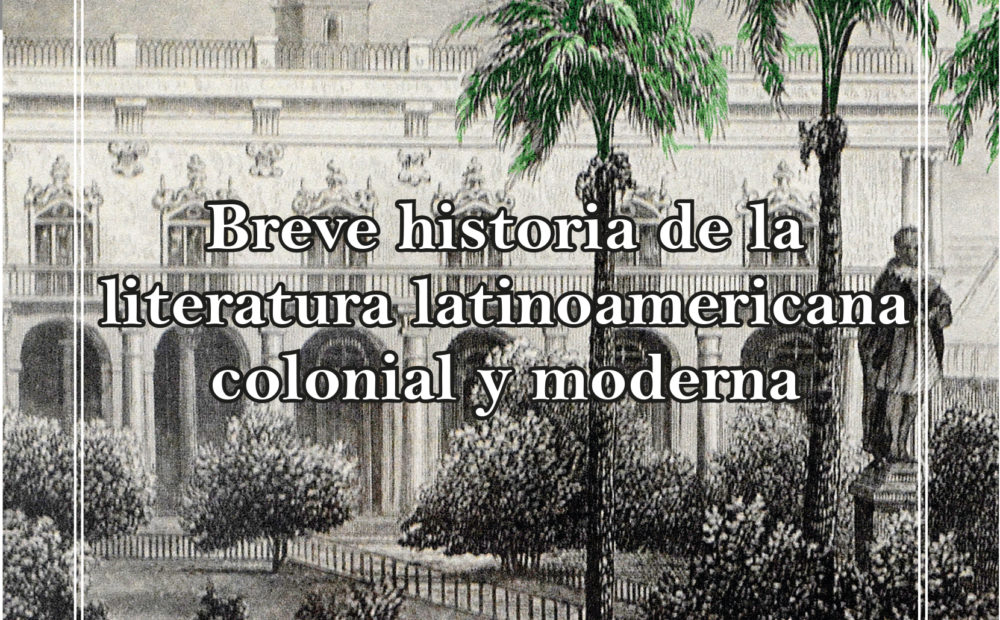 A discussion with Rolena Adorno and Roberto González Echevarría, authors of the recently published Breve historia de la literatura latinoamericana colonial y moderna (Madrid, 2017). The two parts of the Breve historia are hinged by Andrés Bello, the Venezuelan polymath, and range from Columbus to Bolaño, while devoting attention to authors rarely considered by the general public such as Felipe Guaman Poma de Ayala, Esteban Echeverría, and Severo Sarduy. The discussion will center on how various periods of Latin American literature engage each other and how current literature deals with the past and with literatures in other languages.

Rolena Adorno (Ph.D., Cornell University) is Sterling Professor of Spanish at Yale University. Author of Colonial Latin American Literature: A Very Short Introduction (2011), De Guancane a Macondo: Estudios de literatura latinoamericana (2008), The Polemics of Possession in Spanish American Narrative (2007, 2014), Álvar Núñez Cabeza de Vaca: His Account, His Life, and the Expedition of Pánfilo de Narváez, with Patrick Charles Pautz (1999), and Guaman Poma Writing and Resistance in Colonial Peru (1986, 2000). She is a member of the National Council on the Humanities of the NEH, an Honorary Professor at the Pontificia Universidad Católica del Perú, and a Fellow of the American Academy of Arts and Sciences. In 2015 Adorno received the Modern Language Association’s Award for Lifetime Scholarly Achievement.

Roberto González Echevarría (Ph.D., Yale) is the Sterling Professor of Hispanic and Comparative Literature at Yale. Ph.D.Yale, 1970, and among honorary doctorates one from Columbia in 2002. He is a fellow of the American Academy of Arts and Sciences. President Barack Obama bestowed on González Echevarría the National Humanities Medal in 2010. His Myth and Archive: A Theory of Latin American Narrative won awards from the MLA and LASA and I son its sixth edition.  He was awarded in 2014 the National Prize for Criticism by the Instituto Cubano del Libro for Lecturas y relecturas. In 2002 Fondo de Cultura published Crítica práctica/Práctica, and in 2005 Yale Press published Love and the Law in Cervantes. In 2014 the University of Minas Gerais issued Monstros e archivos, while in 2016 Yale Press brought out his edition of Cervantes’ Exemplary Novels, translated by Edie Grossman. He has written for The New York Times Review of Books, The Wall Street Journal, The Village Voice, and The Nation. González Echevarría’s twenty-four lecture course on Cervantes’s Don Quijote is available through Yale Open Courses. His work has appeared in Spanish, English, French, German, Portuguese, Polish, Italian, Persian, and soon Chinese.

Regina Harrison (Ph.D., University of Illinois) is Professor Emerita of Spanish and Comparative Literatures, University of Maryland, College Park. Her scholarship combines the disciplines of literary studies and anthropology. She is author of Signs, Songs, and Memory in the Andes: Translating Quechua Language and Culture (University of Texas, 1989), which won the Modern Language Association’s Katherine Singer Kovacs Prize, and Entre el tronar épico y el llanto elegíaco (Quito, Ecuador; 1997). Her book Sin and Confession in Colonial Peru (University of Texas Press, 2014) was awarded the Bainton Prize in History from the Sixteenth-Century Society, and her DVD, Mined to Death, filmed with Quechua-speaker miners in Bolivia, was awarded LASA’s “Award of Merit in Film.”