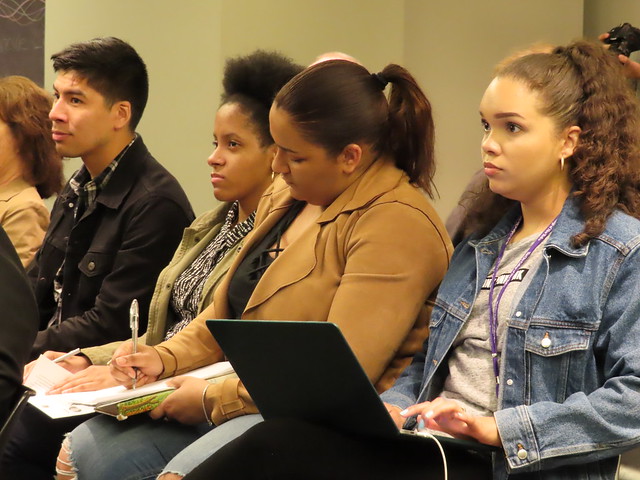 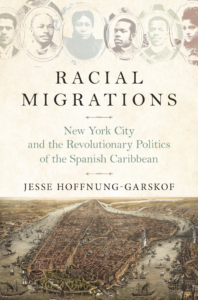 In the late nineteenth century, a small group of Cubans and Puerto Ricans of African descent settled in the segregated tenements of NYC. At an immigrant educational society in Greenwich Village, these early Afro-Latino New Yorkers taught themselves to be poets, journalists, and revolutionaries. They built political networks and articulated ideals of revolutionary nationalism centered on the projects of racial and social justice.

These efforts were critical to the poet and diplomat José Martí’s writings about race and his bid for leadership among Cuban exiles, and to the later struggle to create space for black political participation in the Cuban Republic. By placing Afro-Latino New Yorkers at the center of the story, Hoffnung-Garskof offers a new interpretation of the revolutionary politics of the Spanish Caribbean, including the idea that Cuba could become a nation without racial divisions.

Hoffnung-Garsko’s Racial Migrations presents a vivid portrait of these largely forgotten migrant revolutionaries, weaving together their experiences of migrating while black, their relationships with African American civil rights leaders, and their evolving participation in nationalist political movements. A model of transnational and comparative research, this volume reveals the complexities of race-making within migrant communities and the power of small groups of immigrants to transform their home societies.