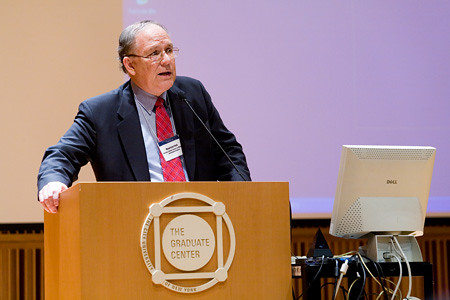 In the 1990s, the world crisis of state socialism opened a new debate about innovation and change in Cuba. In the context of global change, the crisis challenged pre-existing policies, practices, ideas, and assumptions. One way or another, Cuban society as a whole has sought ways to address often formidable issues and challenges. More recently, questions about political succession have created additional opportunities for new approaches to change – cultural, artistic, economic, social, demographic, political, and structural. This conference focuses on the dynamics of contemporary Cuba. Our basic assumption is that a multidisciplinary approach is essential to grasp the complexities of contemporary transformations in Cuban society. Participants from a broad range of disciplines will present diverse views on a range of panels.

Organized by the Bildner Center/Cuba Project (www.cubaproject.org), this international and interdisciplinary conference builds on the expertise of Cuba specialists at the City University of New York and participants in past Cuba Project conferences and seminars. As in the past, we expect specialists from across the globe. The conference continues a dialogue begun at the previous symposia, “Cuba Today: Continuity and Change since the ‘Período Especial’ and “CUBA: In Transition?”

The conference will feature at least 20-25 panels. They are expected to cover diverse themes—including U.S-Cuba Relations/Policy; Cuba and the World: Non-U.S. Perspectives; Cuban History and Civil Society; Cubans in the United States; Ethnicity and Race; Economics; Energy; Music; Healthcare in Contemporary Cuba; Cuban Cultural Institutions: Change, History, Politics, and Society; Contemporary Cuban Art in Museum Collections ; Cuban Cinema; Cuban Literature from 1990 to the Present; ‘Espejo de paciencia’ in the Cuban Imaginary; Cuban Popular Culture, and The Battle of Ideas. The conference will feature special sessions on new books on Cuba, special presentations by writers, a concert, special plenary sessions, and more. We welcome ideas about other panels.