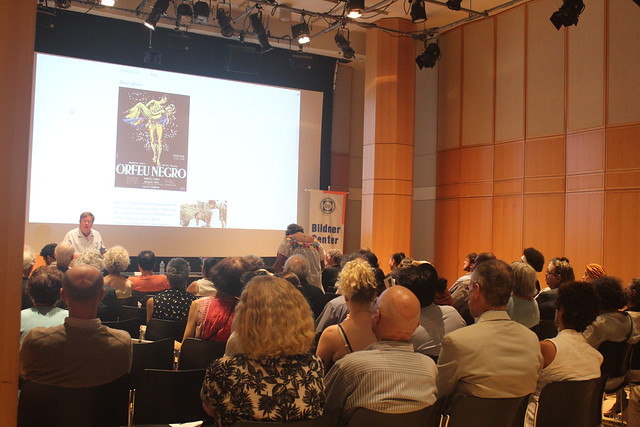 Winner of both the Academy Award for best foreign-language film (1960) and the Cannes Film Festival’s Palme d’Or (1959), Marcel Camus’ Black Orpheus (Orfeu negro) brings the ancient Greek myth of Orpheus and Eurydice to the twentieth-century madness of Carnival in Rio de Janeiro. With its eye-popping photography and ravishing, epochal soundtrack, Black Orpheus was an international cultural event, and it kicked off the bossa nova craze that set hi-fis across America spinning.

Manhã de Carnaval is the main musical theme of the movie composed by Luiz Bonfá and Antônio Maria. Manhã de Carnaval became one of the first compositions identified with Bossa Nova to gain popularity outside Brazil.  In the United States, the song is considered to be one of the most important Brazilian Jazz/Bossa songs that helped establish the Bossa Nova movement in the late 1950s. (Wikipedia)