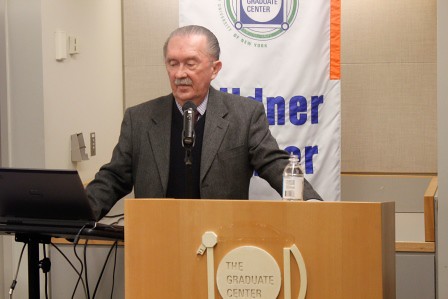 David Fleischer, Professor Emeritus , University of Brasilia, Brazil
In this presentation Dr. Fleischer discusses results of the 2012 municipal elections and assesses Brazil’s democracy today. He breaks down the data by party for the 5,568 municípios, the 26 state capitals, and the 83 cities with over 200,000 voters. The reelection of mayors and the number of women elected mayor or to city councils are examined. The 2012 results are compared with previous municipal elections (2008, 2004 and 2000) and the results by party are projected regarding the election for deputies in 2014. Fleischer explores emerging trends and their broader political significance.

David Fleischer (Ph.D., University of Florida) joined the faculty of the University of Brasília (UnB) in 1972, where he was Chair of the Department of Political Science and International Relations (1985-1989) and member of the University Council (1985-1993). He was Director of the School of Social and Political Science at UniDF – Centro Universitário do Distrito Federal. Fleischer has published widely on Brazilian politics (Congress, elections, political parties, and political corruption), and North-South Relations. His more recent publications are: “Government and Politics” in Brazil: A Country Study (1998); Corruption in Brazil (2002); “Political Reforms: Cardoso’s Missing Link” in Reforming Brazil (2004); “Brazil: From Military Regime to a Workers’ Party Government” in Latin America: Its Problems and its Promises (2010); “Brazil” in Freedom House, Countries at the Crossroads – An Analysis of Democratic Governance (2010); and “Political Reform: A never-ending Story” in The Brazilian State: Debate and Agenda (2011). Currently, Professor Fleischer serves on the advisory board of the Konrad Adenauer Foundation in Brazil as well as on the board of the Brazil Studies Program at Harvard University.

Kenneth Erickson is a professor of Political Science at Hunter College. His areas of specialization include comparative politics, Latin American politics, democratization, drugs and public policy, and environmental and energy policy.