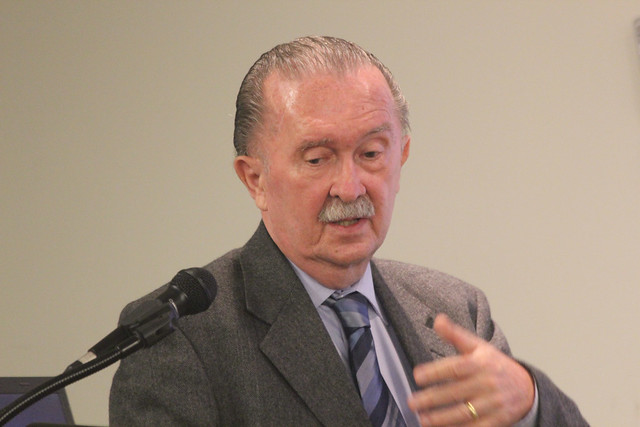 In this presentation David Fleischer discusses the outcome of the October 2104 presidential elections. He explores emerging trends in Brazil and their broader political significance.

Mauricio Font examines Brazil’s evolving reform agenda. The focus is on the search for a more effective state and sustained development. It pays attention to new forms of public-private collaboration to provide better transportation infrastructure (highways, railroads, ports, and other logistics). Realizing that they lacked the financial resources to meet alone the country’s urgent infrastructure needs, post-1985 governments gradually resorted to attracting private investments to big infrastructure to increase competitiveness. Commodity booms in soy, other grains and minerals — or how to resolve bottlenecks to the shipping of commodities from the central plateau and adjacent areas — helped redefine the new needs. Two large railroad projects helped explore issues posed by changing public and private roles and more effective institutional frameworks. 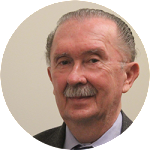 David Fleischer (Ph.D. University of Florida) joined the faculty of the University of Brasilia (UnB) in 1972, where he was Chair of the Department of Political Science and International Relations (1985-1989) and member of the University Council (1985-1993). He was Director of the School of Social and Political Science at UniDF – Centro Universitário do Distrito Federal. Fleischer has published widely on Brazilian politics (Congress, elections, political parties, and political corruption), and North-South Relations. His more recent publications are: “Government and Politics” in Brazil: A Country Study (1998); Corruption in Brazil (2002); “Political Reforms: Cardoso’s Missing Link” in Reforming Brazil (2004); “Brazil: From Military Regime to a Workers’ Party Government” in Latin America: Its Problems and its Promises (2010); “Brazil” in Freedom House, Countries at the Crossroads – An Analysis of Democratic Governance (2010); and “Political Reform: A never-ending Story” in The Brazilian State: Debate and Agenda (2011). Currently Fleischer serves on the advisory board of the Konrad Adenauer Foundation in Brazil as well as on the board of the Brazil Studies Program at Harvard University. 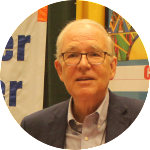 Mauricio Font (Ph.D. University of Michigan) is director of the Bildner Center for Western Hemisphere Studies and Professor of sociology at the Graduate Center and Queens College, City University of New York. Font’s publications on Brazil include Coffee and Transformation in São Paulo, Brazil (Lexington Books, 2010),Transforming Brazil: A Reform Era in Perspective (Rowman & Littlefield, 2003), and Coffee, Contention, and Change (Basil Blackwell, 1990). He is also co-editor of The Brazilian State: Debate and Agenda (Lexington Books 2011), and Reforming Brazil (Lexington Books/Bildner Western Hemisphere Series, 2004). He has taught at the University of Michigan, Rutgers University, the University of Brasilia, IUPERJ, and UNESP.