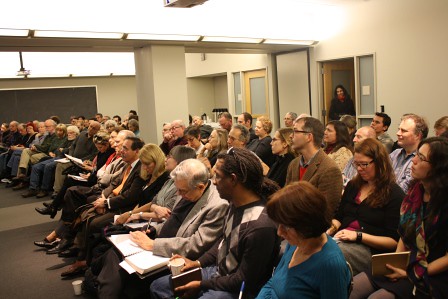 Samuel Farber, Professor Emeritus of Political Science at Brooklyn College, and Carlos Alzugaray, Visiting Professor of History at Queens College and Professor at Havana University, will share their perspectives on the Cuban Revolution. This event will mark the launching of Farber’s new book, “Cuba Since the Revolution of 1959: A Critical Assessment” (Haymarket Books).

“Farber’s comprehensive and well-written assessment of Cuba’s experience since 1959 is rooted in history, informed by the comparative sociology of communist regimes, and rich in insightful and feisty analysis.”
— Jorge I. Domínguez, Professor of Mexican and Latin American Politics and Economics, Harvard University

“This important, very well written, and quite interesting book, evaluates the 52 years of the Cuban revolution under a classical Marxist (pre-Stalinist) viewpoint. Samuel Farber doesn’t pretend to be impartial: he advocates a transition toward a revolutionary, participatory socialist democracy, based on majority rule, civil rights, and liberties. And yet his book is thoroughly, painstakingly documented. He evaluates, with surprising insights, Cuba’s performance on national sovereignty, political democracy, economic growth, social welfare, race, gender, and the stand of domestic and external dissidents and critics. It is up-to-date, including an examination of the guidelines for the VI Party Congress, and ends with a good balance sheet and Marx and Engels’ views. Expect a strong reaction both from the right and the left. Don’t miss it!”
— Carmelo Mesa-Lago, Distinguished Service Professor Emeritus of Economics and Latin American Studies, University of Pittsburgh

Samuel Farber is Professor Emeritus of Political Science at Brooklyn College. He has written numerous books and articles on Cuba including, The Origins of the Cuban Revolution Reconsidered (2007), and Revolution and Reaction in Cuba 1933-1960 (1976).