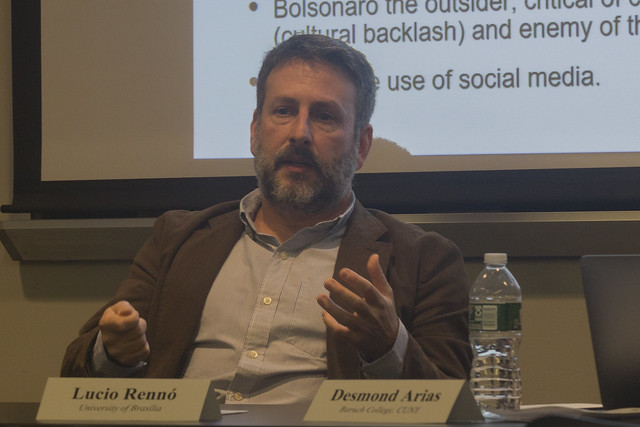 During his visit to The Graduate Center, Professor Rennó will discuss public opinion shifts and the Bolsonaro presidency. In addition, he will be available to meet with faculty/students to discuss possibilities for collaboration and research through Brazil’s CAPES Internationalization Program (PRINT/Capes).