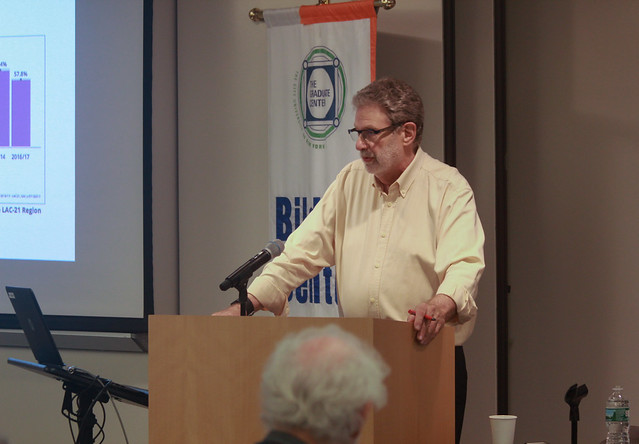 Desmond Arias (Ph.D., The University of Wisconsin) is the Marxe Chair in Western Hemisphere Affairs and Professor at Baruch College, CUNY.  His research focuses on security and politics in Latin America and the Caribbean. He is author of Criminal Enterprises and Governance in Latin America and the Caribbean (Cambridge University Press, 2017), Drugs and Democracy in Rio de Janeiro: Trafficking, Social Networks, and Public Security (University of North Carolina Press, 2006) and is co-editor of Violent Democracies in Latin America (Duke University Press, 2010). He has served as a consultant to the Ford Foundation, the United Nations Development Programme, the United Nations Office on Drugs and Crime, and the United Nations Human Settlement Programme (UNHabitat). He is currently working on a book on crime in South American cities with colleagues at the University of Chile and is starting a project on illicit organizations and governance in Colombian and Afghanistan.