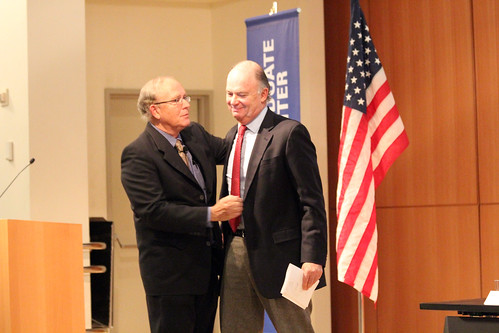 As a writer, Enrique Krauze has pursued several genres: biography, literary and historical essays, and interviews. Among his books areBiografía del poder, Siglo de caudillos, La presidencia imperial, Biography of Power (Harper Collins), La presencia del pasado, De héroes y mitos. His most recent work is Redeemers: Ideas and Power in Latin America (2011), published by Harper Collins. For over twenty years, he collaborated with Octavio Paz in Vuelta, first as deputy editor (1977-1981) and then as deputy director (1981-1986). In 1991 he founded the publishing house Clío, which also produces documentaries and television series about Mexican history. In 1999 he launched Letras Libres, a magazine which he directs. His essays have appeared in Dissent Magazine, The New Republic, The Washington Post, The New York Review of Books and The New York Times. He earned his doctorate in history from El Colegio de MÃ©xico and in 2005 he became a member of this top rated institution. In 2010, the Mexican Government conferred him the Premio Nacional de Historia. In December 2003, the Spanish Government conferred him the “Gran Orden de Alfonso X, El Sabio.”