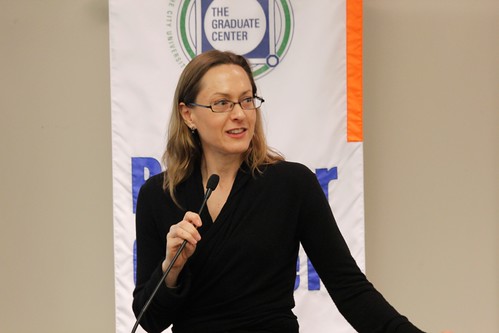 Mark Healey, University of Connecticut
Tracing the cases of three nations in the Andes — Argentina, Chile, and Peru — this talk reveals how natural disasters were key sites for state formation over the twentieth century.  By looking at changing disaster, expectations of rebuilding, and capacities of action, this talk brings into view the importance of disasters as sites for thinking and remaking the political. Taking episodes of crisis seriously but moving beyond the episodic approach common to current accounts, it develops a comparative history of governance after disaster along the Pacific Ring of Fire.

Amy Chazkel is Associate Professor of History at Queens College of the City University of New York and the CUNY Graduate Center. A specialist in modern (nineteenth- and twentieth-century) Brazil, she teaches courses in various fields that include Latin American history, urban history, law and society in Latin America, historical methodology, and comparative slavery. She is the author of Laws of Chance: Brazil’s Clandestine Lottery and the Making of Modern Public Life in Brazil (Duke University Press, 2011). Other recent publications include articles on the history of penal institutions, police museums, and illicit gambling in modern Brazil, and a co-edited double issue of the Radical History Review that explores the privatization of common property in global perspective.