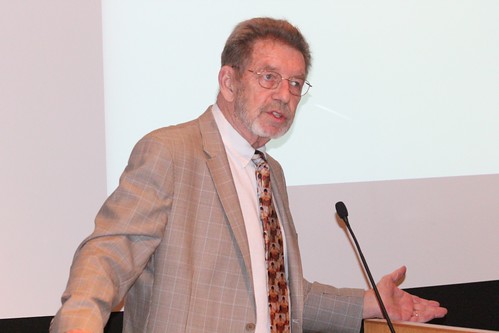 Pete Hamill, Distinguished Writer in Residence, New York University
Diego Rivera is regarded as one of the greatest Mexican artists of the 20th century – an audacious muralist, who befriended Picasso, married Frida Kahlo and quarreled with Leon Trotsky. In this talk, writer Pete Hamill will probe Rivera’s tempestuous career in New York, and other places. Filled with reproductions and documentary photographs, Hamill will show how, despite the political passions, Rivera created a body of work that still astonishes.

Moderator:
Jerry Carlson, The City College of New York and The Graduate Center

Pete Hamill is an American journalist, novelist, essayist, editor and educator. A legend of New York journalism, Hamill describes in his books the fascinating secrets of the city that never sleeps. But his gaze is global. Resident of various cities, Hamill has paid rent in Barcelona, Dublin, Rome, San Juan, Puerto Rico and Mexico City. In the latter city he wanted to be a painter and discovered himself a writer. He coined the term “new journalism” to designate the literary experiments of Tom Wolfe, Gay Talese and other high-octane authors. Recently, Hamill has transitioned from journalism to the novel. In New York he befriended Frank Sinatra about whom he wrote a highly acclaimed book. His newspaper career would go on for decades, at the New York Post, the New York Daily News, the Village Voice, and New York Newsday. He would serve briefly as editor of the Post, and later as editor-in-chief-of the Daily News. His longer journalistic work has appeared in New York magazine, the New Yorker, Esquire, Playboy, Rolling Stone, and other periodicals. Author of more than twenty books, Hamill is a connoisseur of both American and Mexican popular culture. At present Hamill is a Distinguished Writer in Residence at the Arthur L. Carter Journalism Institute at New York University.

Jerry W. Carlson is a specialist in narrative theory, global independent film, and the cinemas of the Americas. Professor Carlson is Director of the Cinema Studies Program in the Department of Media & Communication Arts at The City College and a member of the faculties of French, Film Studies, and Comparative Literature at the CUNY Graduate Center. He has lectured at Stanford, Columbia, Escuela Internacional de Cine y TV (Cuba), the University of Paris, and the University of Sao Paulo, among others.
His current research is focused on how slavery and its legacy in the New World have been represented in cinema. In addition, he is an active producer, director, and writer. An Emmy award winning Senior Producer for City University Television (CUNY-TV), he created and produces the series CITY CINEMATHEQUE about film history, CANAPE about French-American cultural relations, and NUEVA YORK (in Spanish) about the Latino cultures of New York City. As an independent producer, his recent work includes the Showtime Networks production DIRT directed by Nancy Savoca and LOOKING FOR PALLADIN directed by Andrzej Krakowski. In 1998 he was inducted by France as a Chevalier de l’Ordre des Palmes Academiques. He was educated at Williams College (B.A.) and the University of Chicago (A.M. & Ph.D.).