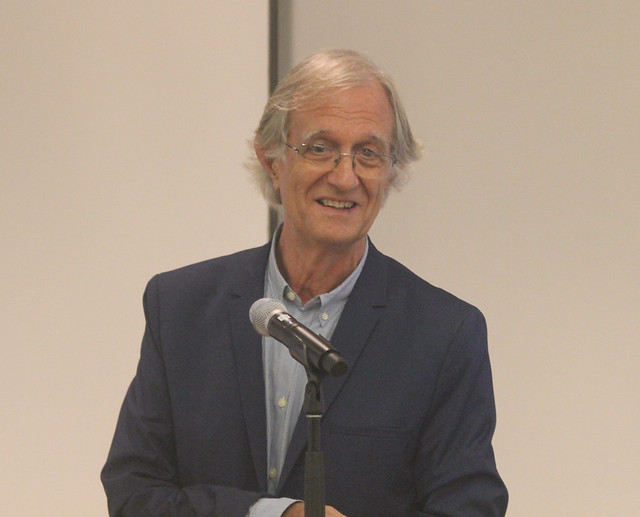 PowerPoint Presentation: Havana and the Impact of Reform

After 60 years of the Cuban Revolution, Havana has accumulated economic, social, environmental and governance problems that deserve urgent attention. Issues as diverse as growing social and geographic inequality; demographic stagnation; the growing private sector; the effects of the real estate market, tourism and remittances; the recovery of the bay, transportation; and, access to the internet require analysis, debate and formulation of urban policies for a city nearing its 500th anniversary.

Carlos García Pleyán has worked for over 30 years in the field of urban planning and land management in Cuba: Institute of Physical Planning (IPF), the National Institute of Economic Research (INIE), and Cuban NGOs MEPLA and Habitat-Cuba. He was an associate researcher at the Federal Polytechnic School of Lausanne (Switzerland). García Pleyán has published numerous articles in books and magazines and given lectures on regional, urban and community development in universities in Cuba, Europe and Latin America. From 2002 to 2011, he coordinated the local development program of the Swiss Agency for Development and Cooperation in Cuba (COSUDE). He has been a professor at the Open University of Catalonia (UOC) and Polytechnic University of Catalonia (UPC), as well as the José Antonio Echeverría Technological University of Havana. Currently he is a consultant to COSUDE and the Master Plan department of the Office of the City Historian of Havana.

Carlos Riobó (Ph.D., Yale University) is Professor of Latin American Literatures and Cultures, at the Graduate Center and of Comparative Literature at City College, CUNY. He is Chair of the Department of Classical and Modern Languages & Literatures at City College and an Editorial Board member of Review: Literature and Arts of the Americas. His research interests include nineteenth and twentieth-century Cuban and Argentine literature and cultures. Some of his publications include: Sub-versions of the Archive: Manuel Puig’s and Severo Sarduy’s Alternative Identities (Bucknell University Press, 2011); Cuban Intersection of Literary and Urban Spaces (SUNY Press, 2011); and Handbook of Contemporary Cuba: Economy, Politics, Civil Society, and Globalization, with Mauricio Font (Paradigm Press, 2013).