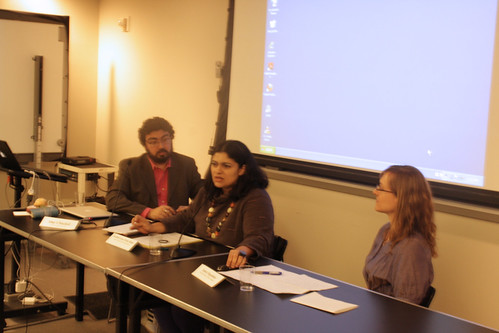 Urban Landscapes, Memory and Social History: Rio de Janeiro through Augusto Malta’s Photos (1889-1930)
Andrea Casa Nova Maia, Federal University of Rio de Janeiro
This paper contains a theoretical and methodological discussion about visual culture and representation. The main purpose is to think about these concepts in relationship to Rio de Janeiro photographs by Augusto Malta from the end of nineteenth century to the beginning of twentieth century.  This paper also endeavors to demonstrate how pictures can help historians in the construction of historical knowledge. How did photographers capture people and the changing urban landscapes? How these artists build multiple visions of the new city and its modern inhabitants? Taking these questions as a point of departure, this paper examines  multiple visual sources to understand the nature of life in the Federal Capital of the Brazilian Republic in an age of urban renewal.  Rio was rebuilt as a copy of the Haussmann´s reformed Paris. Through Augusto Malta´s photos we can see the project of the “civilized” and “ordered” city proposed by the Republican leadership’s new urban policy. How was this new city, born in an era of scientific rationality and progress, represented by Brazilian artistic and intellectual elites, often sponsored by the Government to propagate the “Tropical” Paris.

‘Half-Wrong:’ The Life Trajectories of Clandestine Lottery Workers in 1950s Rio de Janeiro
Santos Magalhães, Federal University of Rio de Janeiro
The jogo do bicho (animal lottery), the most famous and among the oldest lotteries in Brazil, was created at the end of the nineteenth century in the city of Rio de Janeiro to increase the number of visitors to the zoo. Three years later, this gambling practice was criminalized. In the present day, it is still possible to bet on animals, but it is also still against the law. This paper considers the life stories of workers in this clandestine lottery; it reconstructs the individual histories of people who depended on an illegal activity to earn money to sustain themselves and their families.

Andrea Casa Nova Maia is a professor and researcher in the Doctoral Program in Social History at the Universidade Federal do Rio de Janeiro, with a focus on urban history research, and history and memory in nineteenth- and twentieth-century Brazil. Andréa Casa Nova Maia received her doctoral degree in social and cultural history from the Universidade Federal Fluminense.  Her numerous published articles and books include Encontros e Despedidas, ferrovia e ferroviários de Minas Gerais (Ed. Argvmentum, 2009) and Ética e Imagem, (Ed. C/Arte, 2010).

Amy Chazkel is on the history faculty at CUNY, Queens College and has taught in the CUNY Graduate Center Doctoral Program in History.  Trained broadly in Latin American history, her research focuses on modern (post-colonial) Brazil.  Her bookLaws of Chance: Brazil’s Clandestine Lottery and the Making of Urban Public Life in Brazil is forthcoming in 2011 from Duke University Press.