Fifty Years of Latin American Public Life: A Dialogue about the Challenges of Politics, Scholarship, and History 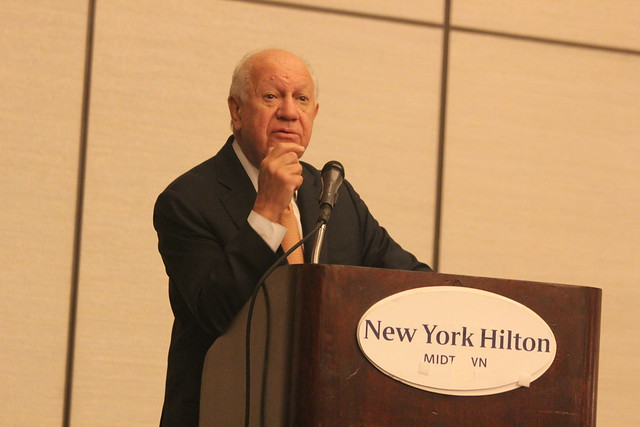 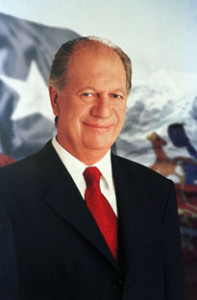 Ricardo Lagos (Ph.D. Duke University) is founder and president of the Fundación Democracia y Desarrollo and visiting professor at Brown University. He taught at the University of Chile (1963-1972) where he was director of the School of Political and Administrative Sciences and he was visiting professor at the University of North Carolina at Chapel Hill in the political science department. Mr. Lagos became Secretary General of FLACSO in Buenos Aires in 1973. He has received over 15 honorary doctoral degrees from universities around the world—among them Universidad Autónoma de México, Universidad de Salamanca and Duke University. He also received the Berkeley Medal, the highest distinction from the University of Berkeley, California.
Lagos lived in exile in the United States after the 1973 military coup. In 1978 he accepted a position as an economist with the United Nations, and in the early 1980s he returned to Chile, where he became president of the Democratic Alliance, a coalition of parties opposed to Pinochet. In 1987 Lagos was jailed briefly without charges, and in the same year he founded the Party for Democracy (Partido por la Democracia). In 1988 a plebiscite rejected Pinochet’s continued rule, and two years later Patricio Aylwin Azócar was sworn in as his successor. Lagos was appointed minister of education in Aylwin’s administration and later served as minister of public works in the government of Eduardo Frei Ruiz-Tagle.
In 1999 Lagos, a member of the Socialist Party, secured the presidential nomination of Concertación, a coalition that included the Socialists and the Christian Democrats. Victorious in a runoff election in January 2000, he became the first socialist to hold the presidency since Allende. As president, Lagos vowed not to block attempts to prosecute Pinochet, an action that would create deep divisions within Chilean society. During his term his popularity was bolstered by the country’s impressive economic growth and by the adoption of democratic reforms. Under his leadership Chile also enacted major social reforms, including the legalization of divorce.
Mr. Lagos’s prolific publications include many books on democracy in Latin America and Chile. His latest books are Mi vida. De la infancia a la lucha contra la dictadura (Random House, 2013), Así Lo Vivimos. La Vía Chilena A La Democracia (Taurus, 2013), and Cien años de luces y sombras (Taurus, 2012). In early 2007, Lagos became a member of the editorial board and a regular contributor of Americas Quarterly, a policy publication focused on relations and development in the Western Hemisphere. 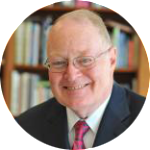 John H. Coatsworth is the Provost of Columbia University, as well as Professor of International and Public Affairs and History. He is a leading scholar of Latin American economic and international history. Before joining Columbia in 2008, Coatsworth served as the Monroe Gutman Professor of Latin American Affairs at Harvard University (1992–2007). He was a member of the faculty at the University of Chicago (1969–1992). Coatsworth is a member of the American Academy of Arts and Sciences, the Council on Foreign Relations, the Board of Directors of the Tinker Foundation and numerous professional associations.

Gilbert M. Joseph (Ph.D., Yale University) is Farnam Professor of History and International Studies at Yale University. In 2005 he finished an eleven-year term as director of Latin American and Iberian Studies (Yale’s Title VI Center). In the spring of 2014 he was elected Vice President of the Latin American Studies Association and currently he is the President of the Association.

Professor Joseph’s research and teaching interests focus on the history of modern Latin America, particularly Mexico and Central America, on revolutionary and social movements, and US-Latin American relations. His latest publication co-authored with Jürgen Buchenau is Mexico’s Once and Future Revolution: Social Upheaval and the Challenge of Rule since the Late Nineteenth Century (Duke, 2013; named a History Book Club selection).

Mauricio A. Font (Ph.D., University of Michigan) is director of the Bildner Center of Western Hemisphere Studies and Professor of Sociology at the Graduate Center and Queens College, City University of New York.
Among his several publications on Brazil are The Brazil State: Debate and Agenda (Lexington Books, 2011), Coffee and Transformation in São Paulo, Brazil (Lexington Books, 2010), Reforming Brazil (Lexington Books, 2004), Transforming Brazil: A Reform Era in Perspective (Rowman & Littlefield, 2003), he edited and introduced Charting a New Course: The Politics of Globalization and Social Transformation (Rowman & Littlefield, 2001), a volume with twenty-six essays by Fernando Henrique Cardoso; Coffee, Contention, and Change: In the Making of Modern Brazil (Basil Blackwell, 1990). Professor Font published The State and the Private Sector in Latin America (Palgrave) in June 2015.