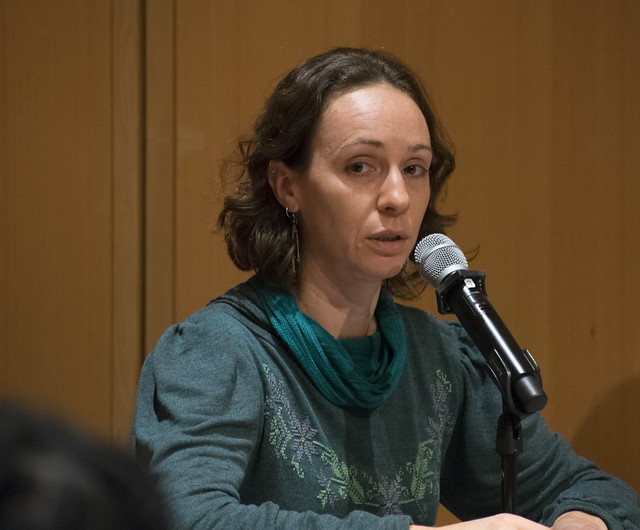 In the aftermath of the Mexican presidential election in July there is high expectation about the possibilities for far-reaching change in social and economic policies, but also concerns about their feasibility. One of the central topics of president-elect Andrés Manuel López Obrador’s campaign placed emphasis on a new approach towards development and security issues, including a promise to target the root causes for migration, while simultaneously defending migration as a choice and a right. This roundtable will address the current context of migration issues in Mexico, including emigration, return/deportation, transit migration and asylum. It will examine how electoral promises would translate into active policymaking and the challenges they might face, as well as how this proposed shift in migration policies would impact US-Mexico and Mexico-Central American relations, especially in the presence of increasing militarization of the US-Mexico borders and anti-immigrant sentiment.

Alexandra Délano (Ph.D., University of Oxford) is Associate Professor and Chair of Global Studies at the New School. Her research focuses on diaspora policies, the transnational relationships between states and migrants, immigrant integration, and the politics of memory in relation to undocumented migration. Her work is driven by a concern with the inequalities underlying the causes of migration, the structures that lead to the marginalization of undocumented migrants in the public sphere, and the limited protection of their rights, from a transnational perspective. Some of her publications include: From Here and There: Diaspora Policies, Integration and Social Rights Beyond Borders (Oxford University Press, 2018); and Mexico and Its Diaspora in the United States: Policies of Emigration since 1848 (Cambridge University Press, 2011; El Colegio de México, 2014), co-winner of the William LeoGrande Prize for the best book on US-Latin America Relations.

Ambassador Diego Gómez Pickering is Consul General of Mexico to New York City since June of 2016. He is a career diplomat, writer and journalist. Prior to his arrival in New York he served as Ambassador of Mexico to the United Kingdom, from 2013 to 2016; as well as  Director for Foreign Media for President Peña Nieto’s office from 2012 to 2013. He has worked as a journalist for CNN in Mexico City and the Americas edition of the Wall Street Journal as well as an international correspondent for La Prensa (Panamanian newspaper), and various other Mexican and Hispano-American publications (Reforma, Excelsior, and El Universal) in the U.S., Mexico, East Africa and the Middle East. Ambassador Gómez Pickering is an associate of the Mexican Council for International Affairs (COMEXI) and a member of the board of Child’s Fund Mexico and the American Society of Mexico. For more information, visit the Consulate General of Mexico in New York.

Natasha N. Iskander (Ph.D., Massachusetts Institute of Technology) is Associate Professor of Urban Planning and Public Service at NYU. She conducts research on the relationship between migration and economic development by looking at the ways that immigration and the movement of people across borders and institutions can provide the basis for the creation of new knowledge and new pathways for political change. She has looked at Latinos in the US construction industry, examining how migrants considered unskilled can transpose and transform tacit knowledge, and can make vital contributions to industry performance. As an extension of this research concern, she has conducted wide-ranging research on transnational certification programs. Some of her publications are “Power Through Problem Solving: Latino Immigrants and the Inconsistencies of Economic Restructuring” (Population, Space and Place, 2016), and Creative State: Forty Years of Migration and Development Policy in Morocco and Mexico (Cornell University Press, 2010).

Ángelo Cabrera (M.P.A., Baruch College) is a community and social service specialist at The Marxe School of Public and International Affairs at Baruch College where he leads an academic research for the Mexican Initiative on Deferred Action. He is a founding member and current board member of the American Dream Charter School in the South Bronx. Cabrera is a graduate of CORO’s Immigrant Civic Leadership Project and the Harvard Kennedy School of Government’s Executive Education: Leadership, Organizing and Action program.