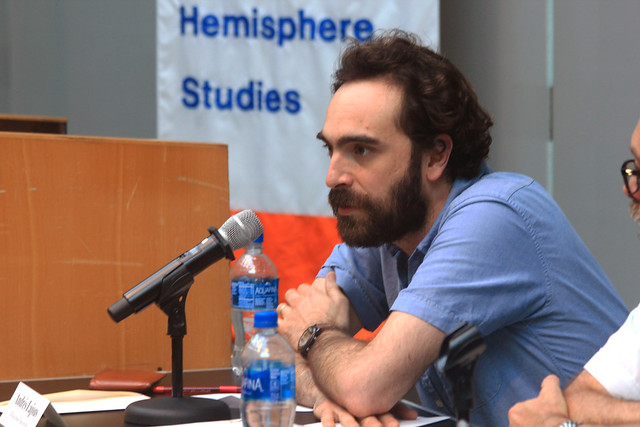 Should results from the Mexican presidential election be described as a simple electoral turnover or as a indication of deeper political change? The first perspective is based on the performance of electoral institutions and the highly competitive nature of national and local elections of the last few years. In contrast, the second view, looks at profound changes in the distribution of political power in Mexico. These two views will be contrasted in to analyze the results of the 2018 general elections.

Andrés Lajous has worked as editor in Revista Nexos and as a weekly columnist for El Universal in Mexico City. He is Ph.D. Candidate at Princeton University. His current research focuses on the development of state capacity in contemporary Mexico.  He also holds a Master’s in City Planning from MIT. Recently he published a book chapter with Miguel Centeno on Latin America’s Challenges for the 21st Century.

Pablo Piccato(Ph.D., University of Texas at Austin) is professor at the Department of History, Columbia University. His research and teaching focus on modern Mexico, particularly on crime, politics, and culture. He has taught as visiting faculty in universities in Mexico, Argentina, Brazil and France, and has been director of Columbia’s Institute of Latin American Studies, Vice Chair of the Department of History, and University Senator. His books include City of Suspects: Crime in Mexico City, 1900-1931 (2001), The Tyranny of Opinion: Honor in the Construction of the Mexican Public Sphere (2010), and A History of Infamy: Crime, Truth, and Justice in Mexico (2017).

Eric Zolov (Ph.D., University of Chicago) is Director of Latin American & Caribbean Studies and associate professor of History at Stony Brook University. He is the former Senior Editor of The Americas and author of Refried Elvis: The Rise of the Mexican Counterculture (1999). He has published widely on popular culture, twentieth-century Mexico, and U.S.-Latin American relations and is the editor, most recently, of Iconic Mexico: An Encyclopedia from Acapulco to Zócalo (2015). His book manuscript, The Last Good Neighbor: Mexico in the Global Sixties is under contract with Duke University Press.