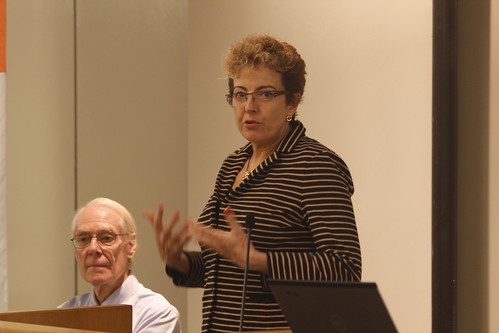 Based on her recent book Las relaciones exteriores de Mexico 1821 – 2000 (2012), Ambassador Roberta Lajous will lecture on the peaks and troughs of bilateral relations between Mexico and the United States. She will highlight on the issues that have been sources of conflict and cooperationi, trying to establish a patterns and trends, in the relationship between the two countries. Her main thesis is the Mexico’s foreign policy has alternated in cycles of closer contact to the U.S. while seeking to modernize its economy, and those of greater distance when trying to assert its identity.

Kenneth Erickson is a Professor of Political Science at Hunter College and the Graduate Center. His areas of specialization include comparative politics, Latin American politics, democratization, drugs and public policy, and environmental and energy policy.