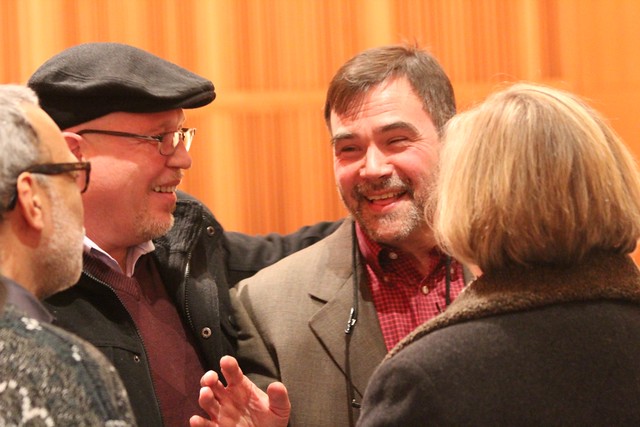 “Modern Cuban Painters” (MoMA, 1944) was the first exhibition to illustrate the diversity and complexity of the Modern Art movement in Cuba. Fidelio Ponce de León, Amelia Peláez, Carlos Enríquez, Mario Carreño, René Portocarrero, Cundo Bermúdez, among others, were some of the artists featured in this important exhibition. “Modern Cuban Painters” played a major role in Cuban and Modern art history.

The 1944 Modern Cuban Painters Exhibition at MoMA: Background
Alejandro Anreus, William Paterson University
This lecture will present and discuss the genesis of the 1944 MoMA exhibition of modern Cuban painters. In 1942 Alfred H. Barr, Jr. and Edgar Kauffman visited Havana with a couple of thousand dollars donated by Nelson Rockefeller to purchase work by modern Cuban painters. What started out as a modest art acquisition trip to Latin America, culminated in a curatorial project for the exhibition “Modern Cuban Painters” in the Spring of 1944. During the 1942 visit Barr befriended the young critic/curator José Gómez Sicre (1916-1991), who would be his consultant for the 1944 show. Barr in turn would mentor Gómez Sicre, who would become one of the most influential critics/curators to introduce the art of Latin America to the United States in the years 1946-81. How did the exhibition’s content develop? What effect did Barr’s presence have on Cuban artists and the very small Cuban art world in 1942? What did an exhibition of Cuban paintings signify for MoMA in 1944? These and other questions will be proposed and discussed.

Cuban Vanguardismo in the 1950s
Abigail McEwen, University of Maryland
Modern Cuban art reached a crescendo in 1950s Havana, responding dynamically to the island’s changed cultural politics after Fulgencio Batista’s coup d’Ã©tat in 1952. During this period, in which Cuba could dare envision itself as a future “New York of the Caribbean,” a new vanguardia generation began to promote modernist values of abstraction and expressive freedom, taking visual and promotional cues from their North American peers. Indeed, as international currents shifted from the School of Paris to the New York School, Cuban art drew productively from different strands of americanista philosophy and aesthetics. This presentation considers the impact of this third-generation vanguardia through the brief history of “Los Once,” a group of painters and sculptors who pioneered gestural abstraction in Havana. The group staged fifteen exhibitions between 1953 and 1963, the last of which “Expresionismo abstracto” may be seen as a late reflection on the legacy of the “Modern Cuban Painters” of 1944.

MoMA’s 1944 Cuban Exhibition and the Expanding Collection
Rocío Aranda-Alvarado, El Museo del Barrio
This presentation explores the context of the 1944 Museum of Modern Art exhibition “Modern Cuban Painters.” Press reactions, images of the installation and letters between Alfred Barr and José Gómez Sicre and various artists are explored as evidence of the significance of the exhibition, particularly in its role as a part of MoMA’s expanded interest into the Americas. Other exhibitions that were on view at the same time allow for an understanding of the larger museum context in which the show was placed, and the potential audiences that would have reached its works. Finally, close reading of a few of these works will provide a deeper understanding of the narratives implied through the exhibition and through MoMA’s acquisitions made on the same 1942 trip that led to the show’s development.

Alejandro Anreus is Professor in the Art Department at William Paterson University. He worked as an assistant to the archivist at the Museum of the Americas, O.A.S., where he met José Gómez Sicre and interviewed him. He is author of Mexican Muralism. A Critical History (in collaboration with Leonard Folgarait and Robin Adèle Greeley) (Univ. of California Press, 2012), among others books. His monograph on Cuban-American painter Luis Cruz Azaceta (A Ver series of monographs) is forthcoming for July 2014. His next research project is titled “Havana in the 1940s: Painters, Critics and Exhibitions.” 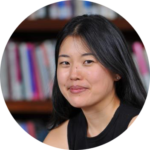 Abigail McEwen is Assistant Professor at the University of Maryland. She specializes in the history of modern and contemporary Latin American art with a particular concentration on Cuba and the Caribbean. Her research interests include Latin American avant-garde movements and the transnational history of abstraction across the Americas. Her current book project, Revolutionary Horizons: Art and Polemics in 1950s Cuba, describes the visual strategies and political purchase of the last vanguardia generation in pre-Revolutionary Cuba.