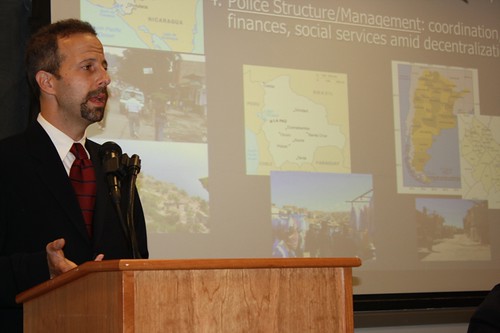 Mark Ungar is professor of political science at Brooklyn College and of the Criminal Justice Doctoral Program and the Liberal Arts Masters Program of the CUNY Graduate Center. He has written and edited four books and about 30 articles and book chapters on judicial reform, citizen security and policing. He has worked as an advisor to the United Nations, the InterAmerican Development Bank, and the governments of Argentina, Bolivia, Honduras and Mexico. He also works with human rights organizations, serving on a policy committee of Amnesty International USA and of civil rights groups in Venezuela. He has been awarded grants and fellowships from the Ford Foundation, the Tinker Foundation, the CUNY Research Foundation, and the Woodrow Wilson International Center for Scholars in Washington D.C.