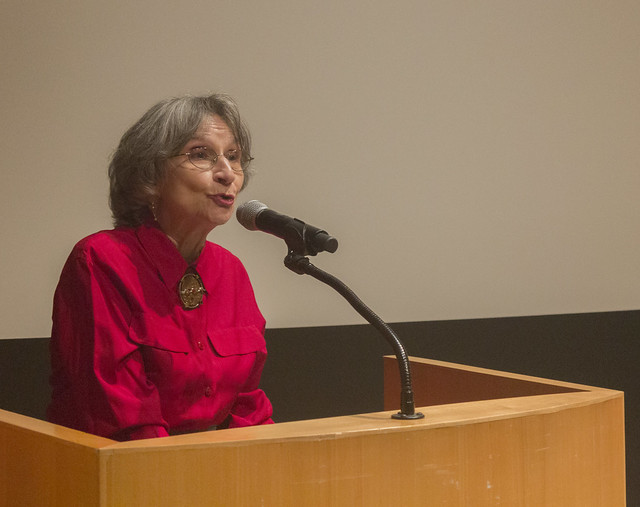 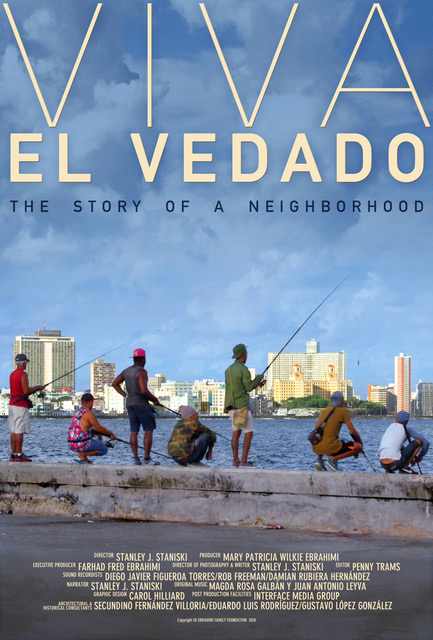 Viva El Vedado presents the history of the Havana neighborhood of El Vedado from the last quarter of the 19th century through the Cuban Revolution and highlights its varied and outstanding architecture. Known as a cultural center of Havana, Vedado is particularly notable for its unique collection of Cuban architecture of the 20th century. The film’s goal is to introduce its audiences to the neighborhood’s remarkable architecture, its vibrant life, and the need for preserving Vedado as part of Havana’s heritage. It is a glimpse beyond tourist fantasies and stereotypes, a rare view of one of Havana’s most important neighborhoods.

Viva El Vedado was made over two-and-a-half years by cinematographer and director Stanley Staniski and producer Mary Wilkie Ebrahimi who lived in El Vedado before the Revolution. The documentary features interviews with architectural historian Eduardo Luis Rodríguez and urban planner Secundino Fernández as well as with Gustavo López González, assistant director of the National Museum of Decorative Arts, located in El Vedado.

Secundino Fernández (MS, Columbia University) is award-winning architect, interior designer and urban planner. He was Professor of Architectural Design at the schools of Architecture at City College and Pratt Institute for fifteen years. His firm has been responsible for a wide variety of architectural interiors and planning projects from new buildings through expansions and renovations and for the interior design of some thirteen million square feet of space for private, corporate and institutional clients and various governmental agencies. Mr. Fernandez has won numerous awards and citations, including the First Prize and contract for the Maryland World War II Memorial in Annapolis, Maryland completed in 1997 and the second prize for the Downtown New London Redevelopment Project a year later. Prior to starting his own practice, Mr. Fernández was Chief Designer & Planning Coordinator for Gruen Associates with responsibilities of major international projects such as Fountainebleu Park West, Miami, Florida; Beirut II, Lebanon; and Union Centre, a redevelopment of the Canadian National railway yards in Toronto, Canada.