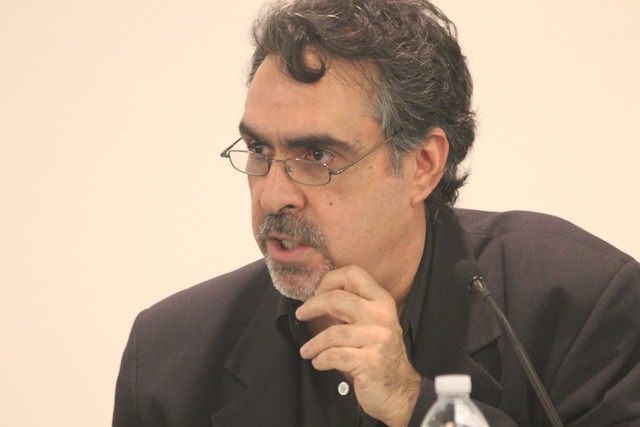 Rolando Pérez is Associate Professor at Hunter College (CUNY). He specializes in twentieth century Latin American literature, and his research interests include the relationship between literature and art and between philosophy and literature. His on-going projects consist of reading literary texts vis-à-vis the philosophical concepts of thinkers like Nietzsche, Deleuze, Guattari, Baudrillard, Badiou, Levinas, and Dussel, to name a few. Pérez is author of On An(archy) and Schizoanalysis (1990), Severo Sarduy and the Religion of the Text (1988), Severo Sarduy and the Neo-Baroque Image of Thought in the Visual Arts(2012).

Carlos Riobó is Chairman and Associate Professor of Latin American Literature and Cultures at The City College of New York. He is also a Cuba Project Fellow at the Bildner Center for Western Hemisphere Studies (CUNY). His research interests include Nineteenth-century Argentine captivity narratives; contemporary Cuban literature and culture, and literary and cultural theories. He is the author of Sub-versions of the Archive. Manuel Puig’s and Severo Sarduy’s Alternative Identities (2011), Cuban Intersections of Literary and Urban Spaces (2011).