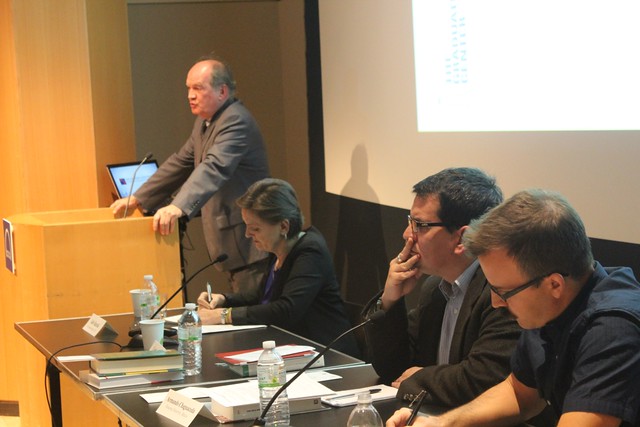 Venezuela: 21st Century Socialism on the Ropes?
Carlos Blanco, Visiting Scholar, Boston University and former Minister for Reform of the State in Venezuela

The Virtues of Polarization: Popular Participation in Venezuela
George Ciccariello-Maher, Drexel University
George Ciccariello-Maher uses the history of revolutionary movements in Venezuela to diagnose in recent critiques of “polarization” — for which Hugo Chávez is often blamed — to understand why it may be that polarization instead represented a precondition for massive popular participation.

Carlos Blanco is Visiting Scholar at Boston University. He has served as Minister for Reform of the State and President of the Presidential Commission for State Reform in Venezuela. Blanco is a Professor at the Universidad Central de Venezuela and Fellow of the Weatherhead Center for International Affairs at Harvard University.

Armando Chaguaceda is professor and researcher at the Institute for Historical and Social Research at Veracruzana University in Mexico. He specializes in latin american political sociology with detailed focus on Cuba, Nicaragua and Venezuela.

George Ciccariello-Maher is currently assistant professor of political theory at Drexel University, having previously taught at U.C. Berkeley, San Quentin State Prison, and the Venezuelan School of Planning in Caracas. His first book, We Created Chávez: A People’s History of the Venezuelan Revolution, was published this year by Duke University Press, and he is currently finishing a second book entitled Decolonizing Dialectics.