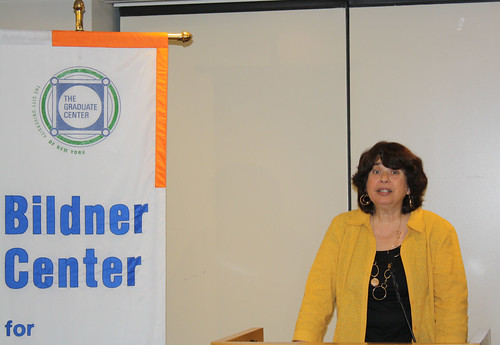 As a result of the conflicts between Cuba and the United States, especially after 1959, Cubans emigrated in great numbers. Most stayed in Miami, Florida, but many headed north to Union City, New Jersey, making it the second concentration of Cubans in the United States after Dade County, where Miami is located. In this presentation, Professor Prieto will discuss why Cubans were drawn to this particular area of New Jersey. Central aspects of this story include the development of a Cuban economic enclave between the 1960s and the 1980s, the role of women, religion and exiles, and Cuban political culture. Lastly, she will discuss how a favorable U.S. immigration policy toward Cubans combined with the entrepreneurial characteristics of the group, helped Union City Cubans succeed in their new environment.

About the Speaker:
Yolanda Prieto is Professor Emerita of Sociology in the School of Social Science and Human Services at Ramapo College in Mahwah, New Jersey where she taught courses on the sociology of community, women and development, family and religion. She has written extensively on the Cuban migration to the United States, in particular about the role of women and religion in the migration process. Her most recent work, The Cubans of Union City: Immigrants and Exiles in a New Jersey Community (2009) is published by Temple University Press.