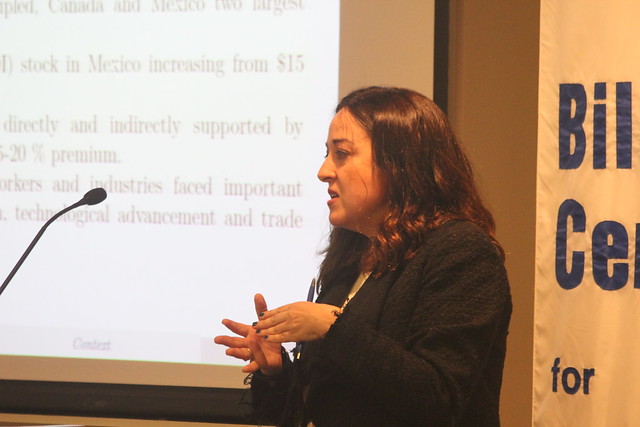 NAFTA: The Way Forward
Marta Bengoa, The City College of New York, CUNY
The current U.S. government has reiterated its intention to renegotiate NAFTA before talks start with Mexican and Canadian trade representatives. Bengoa’s presentation provides a roadmap of particular issues subject to improvement and how they can affect the economic relations of the three countries. Negotiations can be used to increase standards or alter rules of origin, to reduce non-tariff measures, strengthen labor protections or cover areas that did not exist 23 years ago, such as digital trade or data localization. There is also room to introduce changes on investor-state disputes. Is the renegotiation going to tackle these outstanding matters using TPP as a model? The U.S administration has already set a tough tone by withdrawing from TPP and focusing on bilateral trade balances and deficits.

Renegotiating NAFTA: The Good, the Bad and the Ugly
Zadia M Feliciano, The Graduate Center and Queens College, CUNY
The Trump administration is preparing to renegotiate NAFTA. Updating the agreement could be beneficial to the U.S., Canada and Mexico so that electronic commerce and new technologies, that did not exist in 1994, are included. The administration has claimed that NAFTA cost 700,000 American jobs, damaged American manufacturing, and increased the trade deficit. While NAFTA may be responsible for some job losses, it is not the only reason for the decline in manufacturing jobs. NAFTA is responsible for keeping American industries competitive in international markets. Moreover, the trade deficit with Mexico is in part due to inaccurate measures of exports and imports, and the inclusion of oil in trade statistics. NAFTA can be negotiated successfully but it cannot bring back the jobs in industries or parts of the production process where the U.S. has a comparative disadvantage. 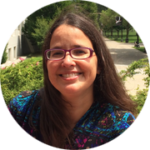 Zadia M. Feliciano (Ph.D., Harvard University) is Associate Professor of Economics at The Graduate Center and Queens College, CUNY. Her areas of interest include international economics, labor economics and economic history. Feliciano is co-author of Foreign Entry into U.S. Service Industry by Takeovers and the Creation of New Firms (with Jing Sun), 2013; “Foreign Ownership Growth and Wages Changes United States Industries, 1987-1992” (with Robert Lipsey), Contemporary Economic Policy, 2006; and others. 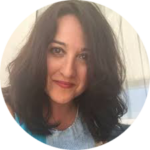 Marta Bengoa (Ph.D., University of Cantabria, Spain) is Director of the Graduate Program in Economics at the Colin Powell School and an Associate Professor of International Economics at City University of New York (CCNY). She also serves as an External Research Fellow at the Institute of International Economics in the University Jaume I and University of Valencia in Spain.
She has published widely in the areas of international trade, foreign direct investment and economic growth & development. Currently, she is working on a variety of projects to quantify the multilateral resistances to trade for intra-State flows in the US, the impact of bilateral investment agreements on Latin American’s FDI, and the diverting trade effects of non-tariff measures under TPP/the proposed Regional Comprehensive Economic Partnership Free Trade Agreement (RCEP). 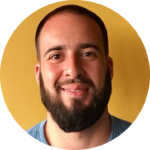 Jesse Liss (Ph.D. Candidate, The Graduate Center, CUNY) successfully defended his Ph.D. dissertation, “Trump’s America First Trade Policy and the Causes and Effects of U.S. International Investment Agreements,” in April 2017. Jesse’s next project will study China’s investment agreements with countries in Latin America and the Caribbean and their pros and cons for regional development.