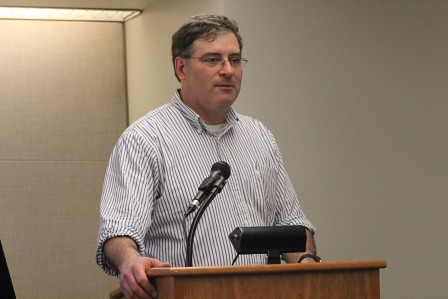 The election of Luiz Inácio Lula da Silva as Brazil’s president in 2001 brought a wide range of foreign reactions, ranging from dread among European and U.S. bankers and government officials to jubilation among activists and intellectuals on the Left. As president, Lula was not the radical or even leftist that his foreign critics had feared or cheerleaders hoped. Lula’s political trajectory was misread by foreigners on the Left and Right because they did not understand Brazil’s unique history with populism, corporatism, foreign manufacturers, and technology. This talk traces the development of São Paulo’s industrial working class from the early twentieth century through the rise of the so-called New Unionism of the late 1970s and early 1980s to put Lula and the Workers Party, which continues to hold the presidency, in their proper historical context.

Joel Wolfe studies the impact of modernity, industrialism, and trade on Latin American societies and their politics. His primary focus is modern Brazil. He is the author most recently of Autos and Progress: The Brazilian Search for Modernity (Oxford 2010). He also published Working Women, Working Men: São Paulo and the Rise of Brazil’s Industrial Working Class, 1900-1955 (Duke 1993). His articles have appeared in theLatin American Research Review, Hispanic American Historical, Radical History Review, Review, Luso-Brazilian Review, and Revista Brasileira de História. He is at present working on a book tentatively entitled100 Years of Trade in Latin America.