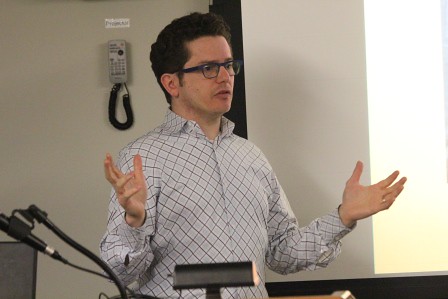 David Samuels, University of Minnesota
Samuels explores the difference that the PT (Workers’ Party) has made for Brazilian democracy. To what extent did Lula’s government live up to the PT’s longstanding ideals? The clearest successes have come in terms of the first two “pillars” of the modo petista de governar–transforming state-society relations and addressing socio-economic inequalities, while the clearest failures have come in terms of strengthening the rule of law.

Jorge Alves is currently completing his Ph.D. dissertation at Brown University, a project drawing on two years of fieldwork in Brazil and supported by a National Science Foundation grant. Entitled “Health under Federalism: Subnational Politics and the Building of State-Level Healthcare Institutions in Brazil,” the dissertation explores variation in the implementation of public health care in three states in Brazil. His project highlights how patterns of sub-national political competition shape federal institutions and social service provision. Beyond his interest in federalism and intergovernmental relations focusing on Brazil and Latin America, Alves has broader interests in the political economy of development and in-state capacity construction. Fluent in both Portuguese and Spanish, Prof. Alves received specialized training in geographic information systems and in mixed-methods research design; he holds an MA in Political Science from Brown University, and a BA in Political Science and Economics from Amherst College.