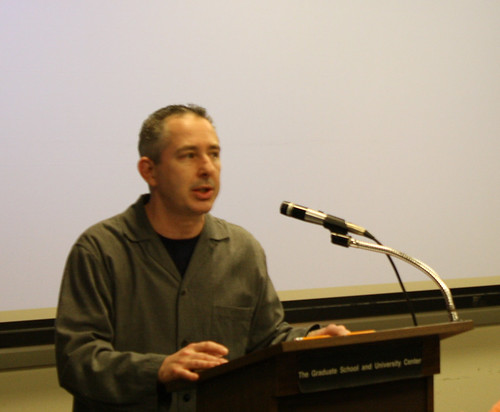 General interest in patterns of economic inequality has grown significantly over the last two decades, due in large part to world-wide concerns about the distribution of winners and losers over the course of globalization. Yet, most of the social science literature operates under the (sometimes) explicit (or, most often, implicit) assumption that inequality, stratification, and social mobility result from economic, social and/or political interactions that take place within national boundaries. In this talk, I argue that our understanding of inequality changes fundamentally once the relevant unit of analysis is shifted from the nation-state to the world as a whole. When adopting such a global perspective, stratification and processes of social mobility are drastically reformulated, allowing us to render visible what is otherwise veiled by mainstream social science: since the nineteenth century, the nation-state itself came to constitute the primary criteria for the reconstitution of ascriptive exclusion as the principal criteria for social stratification. The continued importance of nationality in organizing global stratification reveals, for example, the significant advantages gained by engaging in migration, as a means for overcoming the persistent role of ascription in limiting social mobility.

“As they develop, national economies first become more unequal and then more equal. China, India, Bangladesh, Indonesia, Mexico, Brazil and many more will eventually ‘catch up’ with western production and income standards, and will become as equal as today’s high-income and low-inequality countries. So the distribution of income between all the world’s people will become much more equal than it is today, thanks to the growth of global markets.” If you are inclined to belief these and related propositions — and the supporting body of globalization theory, modernization theory, new-liberal economics, and the policy prescriptions known as the Washington Consensus — you should read Unveiling Inequality. By taking the whole world rather than the national economy as the unit of analysis the book reaches conclusions about why some areas are prosperous and some poor, some fairly equal and others very unequal, which make the standard beliefs about these things seem about as plausible as the signs of the zodiac to astronomers.
— Robert H. Wade, London School of Economics

Unveiling Inequality is an important book. For students and teachers, it provides a concise overview of the status of global inequality and the various accounts of and explanations for it. For scholars, the proposed integration of between- and within-country inequality offers a novel research agenda. The suggestion that citizenship is the basis for the new global hierarchy should be part of any policy debate on immigration.
— Miguel Centeno, Princeton University

About the Speaker:
Timothy Patrick Moran is Associate Professor of Sociology and Director of Graduate Studies at Stony Brook University, SUNY. His research and writing primarily focuses on subjects related to global inequality in its various dimensions and forms, including the historical distribution of income between and within countries, and global stratification and social mobility processes. Professor Moran has been a visiting research scholar at the Universidad Nacional de San Martín (Argentina), the Luxembourg Income Study Project (Luxembourg), and the Russell Sage Foundation (New York).