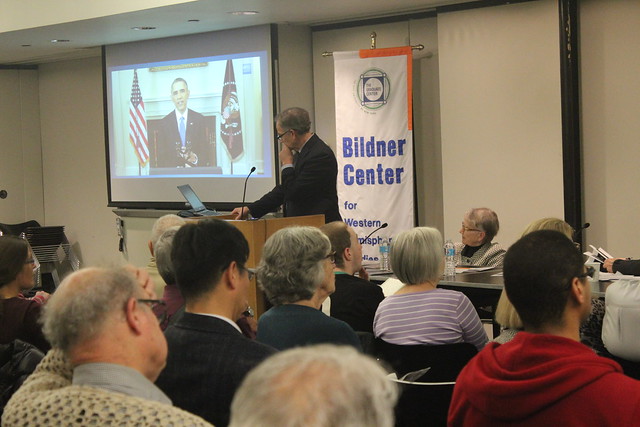 Margaret E. Crahan is a Senior Research Scholar and Director of the Cuba Program at the Institute for Latin American Studies at Columbia University. From 2007-09 she was the Kozmetsky Distinguished Professor and Director of the Kozmetsky Center of Excellence in Global Finance at St. Edward’s University, from 1982-1994 she was the Henry R. Luce Professor of Religion, Power and Political Process at Occidental College and from 1994-2008 the Dorothy Epstein Professor of the City University of New York. She serves on the Executive Committee of the Inter-American Institute of Human Rights and is a member of the Boards of St. Edward’s University and the Latin American Program of the Woodrow Wilson International Center for Scholars. In 2013 she was recognized by the government of Brazil for her work on human rights. She has visited Cuba more than 50 times since 1973 for research. Dr. Crahan has published over one hundred articles and books including Human Rights and Basic Needs in the Americas; Religion, Culture and Society: The Case of Cuba; The City and the World: New York’s Global Future and The Wars on Terrorism and Iraq: Human Rights, Unilateralism, US Foreign Policy (with Thomas G. Weiss and John Goering), and Cuba-US Relations: Normalization and Its Challenges (with Sonya Castro).

Anthony DePalma spent 22 years as a reporter and foreign correspondent for The New York Times. For much of that time he focused his attention on Latin America, especially Mexico and Cuba. He traveled widely and reported from places as diverse as Albania, Montenegro, Guyana and Suriname. In 2001 he published Here: A Biography of the New American Continent. His second book, published in 2006, was The Man Who Invented Fidel, about U.S.-Cuba relations. The book has been translated into Spanish, Portuguese, and Italian. He left The New York Times in 2008 to become writer-in-residence at Seton Hall University, where he completed his latest book, City of Dust, (2010) about the aftermath of the 9/11 disaster. DePalma is also a member of the faculty at Columbia University’s Graduate School of Journalism. His professional accomplishments include: the 2009 Maria Moors Cabot Prize for reporting on Latin America; Donal Regan Distinguished Lecture at St. Thomas University, MN (2009). The CNN documentary “Terror in the Dust,” based on DePalma’s book City of Dust, received the 2010 Sigma Delta Chi award for Excellence in Journalism. DePalma was among the contributors to the CBC documentary “Toxic Legacy,” which was nominated for the 2007 Emmy; and to the “Portraits of Grief,” a series of articles published in The New York Times that won the 2001 Pulitzer Prize.