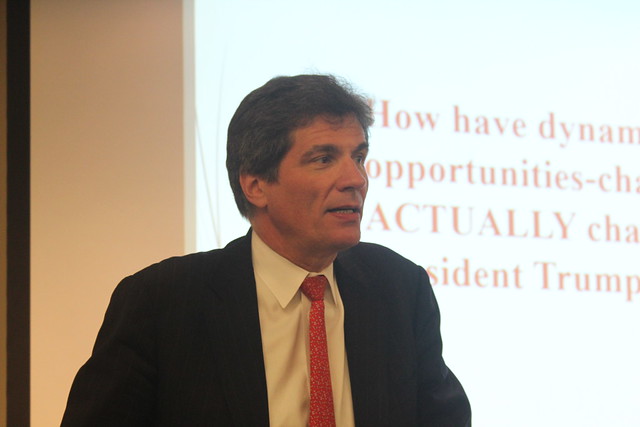 A Conversation with Jose W. Fernandez 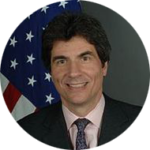 Fernandez was sworn in as Assistant Secretary of State for Economic, Energy and Business Affairs in 2009. For nearly three decades, his practice has focused on Latin America, Europe and Africa, advising clients on international mergers and acquisitions, financings, trade and other matters as the economies of these regions have evolved. As an expert in project finance and acquisitions, Fernandez was named one of the “World’s Leading Lawyers.” He was featured by Hispanic Business Magazine in its “100 Influentials List” for 2006 and 2007.

A lifelong supporter of education, the arts and commercial engagement, prior to his appointment at the State Department Fernandez served on the Board of Trustees of Dartmouth College and on the Board of Directors of Accion International and the Council of the Americas. He has been chair both of the American Bar Association’s Inter-American Law Committee and the Committee on Inter-American Affairs of the Association of the Bar of the City of New York, and co-chair of the Cross Border M&A and Joint Ventures Committee of the New York State Bar Association. He has also served on the boards of NPR-station WBGO-FM, Ballet Hispanico of New York and the Middle East Institute. He was a co-founder of TeatroStageFest, a 2-week Latino theater festival in New York City, and was appointed a Commissioner of New York’s Latin Media and Entertainment Commission. Fernandez is a member of the Council of Foreign Relations and serves on the Board of Directors of Iberdrola, S.A.

Mr. Fernandez’s articles have appeared in Foreign Affairs, The Wall Street Journal, The Miami Herald, The Huffington Post, Americas Quarterly and many other legal and policy publications. He has recently published “Trumpian Opportunities in Latin America” in Foreign Affairs magazine.