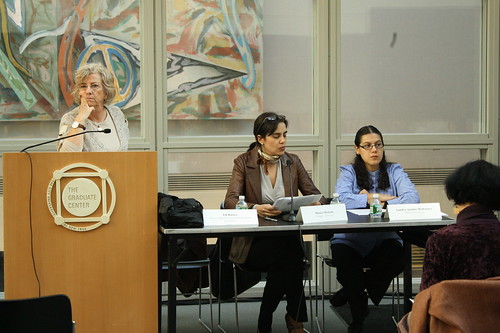 Women in Mexican Folk Art
Eli Bartra, Universidad Autónoma Metropolitana-Xochimilco
Bartra will present her book Women in Mexican Folk Art (2011), which engages the complexities of this form of popular expression within Mexico and examines the artisans who produce it. Women’s participation in this process is little studied, and this book aims to move beyond false notions of universality to analyze gender roles. The work establishes a clear distinction between folk art and handicrafts, as well as providing discussions of neocolonialism, ideology, androcentrism and issues of ‘authenticity’ in Latin America. Eli Bartra approaches folk art as a process of creation, distribution and consumption, and takes into account its iconographic aspects focusing on the questions of gender, class and ethnicity.

Modernizing Women: Nutrition and Daily Cooking in Modern Mexico
Sandra Aguilar-Rodrguez, Moravian College
Aguilar-Rodríguez will examine women’s agency at home and the limitations of nutrition programs in Mexico. Women were the main actors in choosing foodstuffs, cooking practices, and technologies. Meanwhile, welfare advocates viewed women as agents of modernization who would raise their children to be healthy, disciplined, and hard-working citizens. Nevertheless, governmental efforts had a limited success as a result of reformers’ disparagement of traditional knowledge and women’s experience, but also due to the lack of follow-up and poor infrastructure outside Mexico City.

Sandra Aguilar-Rodríguez, Ph.D., is an Assistant Professor of Latin American History at Moravian College. She was born and raised in Mexico City. Between 2002 and 2008 she lived and studied in the United Kingdom, obtaining graduate degrees from the University of Oxford and the University of Manchester. From 2008 to 2010 Dr. Aguilar was a postdoctoral fellow at Lehigh University. Her work has been published in various journals, both in the United States and Latin America. She is currently working on a book manuscript tentatively entitled “Cooking Modernity: Food, Gender, and Class in 1940s and 1950s Mexico.”