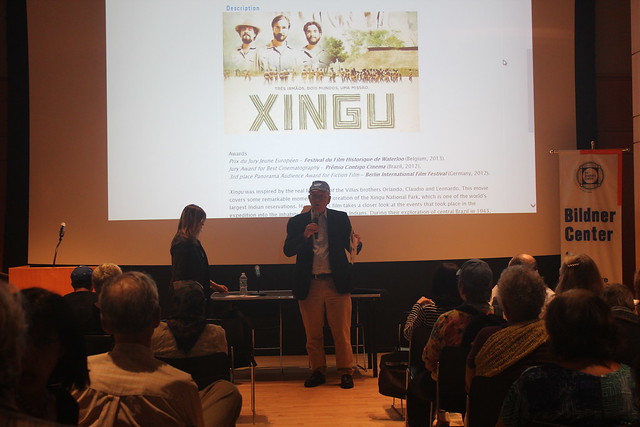 Xingu was inspired by the real life story of the Villas brothers Orlando, Claudio and Leonardo. This movie covers some remarkable moments of the creation of the Xingu National Park, which is one of the world’s largest Indian reservations. Hamburger’s film takes a closer look at the events that took place in the expedition into the inhabited land of the Kaiabi Indians. During their exploration of central Brazil in 1943, Orlando, Claudio and Leonardo Villas-Bôas encounter the Xingu Indians. Passionately interested by what they discover about the customs and social systems of the cultures they discover, the brothers make a home among them. When half of a village dies of an influenza epidemic, the brothers devote their lives to protecting the Xingu peoples, preserving Xingu culture and to the creation of a Xingu National Park. By retelling the brothers’ saga, Xingu reveals the struggle to create the Indian park and consequent preservation of an array of different Indian tribes, transforming the Villas-Boas into Brazilian heroes and giving rise to dialogues revolving around enduring challenges in Brazil’s history.

Regina Castro McGowan has a Ph.D. in Hispanic and Luso-Brazilian Literatures and Languages from the City University of New York.  Her teaching and research interests include Latin American literature and film and Luso-Brazilian studies.  Dr. Castro McGowan is the Director of the Portuguese program at The City College of New York, where she has been faculty since 2004. Her latest publication is the article Terra Papagalli: A Historical Novel Deconstructing Brazil’s Official History of Discovery, published in the Ometeca Journal, Spring 2016 issue.