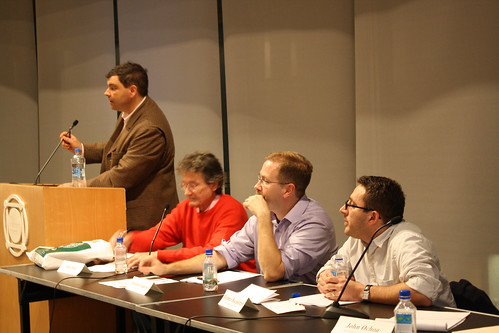 Peasant Rebellions in the Age of Globalization: The EZLN in Mexico and the PKK in Turkey
Mehmet Kucukozer, The Graduate Center, CUNY
The formerly corporatist/populist states of Mexico and Turkey have faced significant armed peasant-based insurgencies in their post-1980 period of neoliberal reforms. The Zapatista Army of National Liberation (EZLN) in Chiapas, Mexico and the Kurdistan Workers’ Party (PKK) in Turkey’s southeast serve as ideal case studies in order to deal with long unresolved questions in the literature on peasant rebellions: Which peasants are the ones joining the insurgencies? What is the role of greater capitalist penetration in the growth of these movements? What are the common mechanisms by which connections between militant organizations and individual peasants are forged? In order to answer these questions this project depends on the analysis of (1) semi-structured interviews that I have done with ex-insurgents, relatives of insurgents, and witnesses in both countries, and (2) insurgent diaries, journals, biographichal sketches, and interviews carried out by others of insurgents, ex-insurgents, and those close to these movements.

Before the Storm: The Ideological Origins and Development of Zapatismo, 1960-1994
Christopher Gunderson, The Graduate Center, CUNY

How Zapatismo Refashions American Cold War Anxiety
John Ochoa, Penn State University
At the center of Zapatista discourse of the 1990s lies a paradox. Zapatismo was at once a highly local movement in defense of indigenous rights, as well as a grand political gesture against globalization. The coexistence of these two vastly different battle-fronts within a single, emancipatory language is further complicated when we consider the figure o Marcos, its main spokesperson. One of Marcos’s positions in his many communiqués is a professorial stance, where he attempted to teach a broad public through a series of proxy didactic characters, such as the beetle “Durito” and Old Man Antonio. Marcos’s stance of defiance against much larger forces, the belief in schematizing the ‘weaknesses’ of that enemy in a didactic fashion, and an almost religious faith in the triumph of the wise resistance despite overwhelming odds, harkens to an unlikely source: the anticommunist Cold War discourse of the 1950s. I argue that both discourses, Marcos’s and 1950’s anticommunism’s, although nominally at opposite ends of the ideological spectrum, share much in the way of methods, aims, and ultimately, outcomes.

Mehmet Kuckozer is a doctoral candidate in Sociology at The Graduate Center, City University of New York. His dissertation is titled Peasant Rebellions in the Age of Globalization: The EZLN in Mexico and the PKK in Turkey. He has published in journals such as Anuario, The International Journal of Kurdish Studies, The Discourse of Sociological Practice, Social Thought and Research, among others.

Christopher Gunderson is a doctoral candidate in Sociology at The Graduate Center, City University of New York.

John Ochoa is Associate Professor in the Spanish and Comparative Literature Departments at Penn State. His main areas of research are Mexican intellectual and cultural history, and American hemispheric studies. His first book, The Uses of Failure in Mexican Literature and Identity (U. of Texas 2005) explores the thematic relationship between the awareness of failure and its impact on cultural identity in Mexico. His current book project, American Inroads, looks at works from North and Latin America in order to examine the issue of travel—both of people and ideas. It engages issues of self-definition, cultural migration and aesthetic cross-pollination, and the formation of official culture; it has chapters devoted to the picaresque genre in literature and film, travel literature, the Mexican sources of Chicano nationalism, and the figure of the pastoral outlaw. Ochoa has also published on Spanish Colonial literature and on Michel Foucault. He previously held faculty positions at Vassar College and the University of California, Riverside, and was a Ford Foundation postdoctoral fellow in 2001-02.