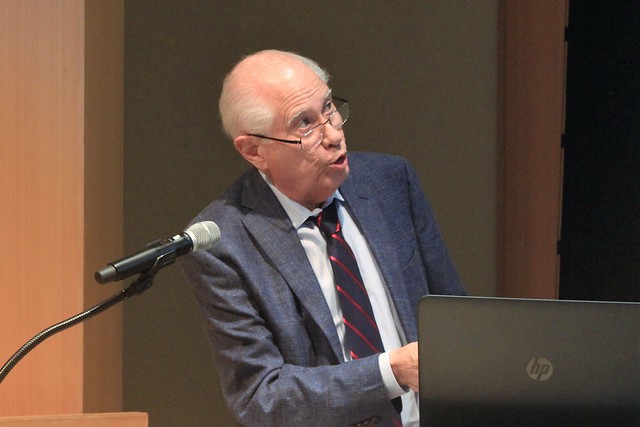 This seminar is a key component in the Cuba Project/Bildner Center’s yearly colloquium on the process of updating and reforming the island’s economy after decades of highly centralized state socialism. Formalized during the presidency of Raúl Castro (2008-2018), the process called for gradually adopting measures to authorize self-employment, develop tourism, liberalize some markets, reduce the size of the state sector, and others.

In April 2018, Cuba chose Miguel M. Díaz-Canel as President, the first non-Castro head of state in 4 decades. Shortly after, the Cuban parliament a Constitutional Reform process and selected a congressional commission to prepare a draft for national discussion.

To the Cuba Project, this potentially historic change calls for serious academic assessment. In today’s event (6/4/2018), professors Carmelo Mesa-Lago and Mario González-Corzo share thoughtful presentations full of fascinating information. As they discuss their empirical findings, both authors address the challenges and opportunities they present to this intriguing moment. We intend to organize other events to more fully understand the reform process. Stay tuned.

“Aging, Employment, Wages & Social Welfare in Cuba: Would They Change under Díaz-Canel?”

“Prospects for Cuban Agriculture under a New Leadership”